Penance; The Great British Celebrity Bake Off; The Art Mysteries with Waldemar Januszczak

“A pensive kind of potboiler, more about grief and the weird things it does to a person’s head” 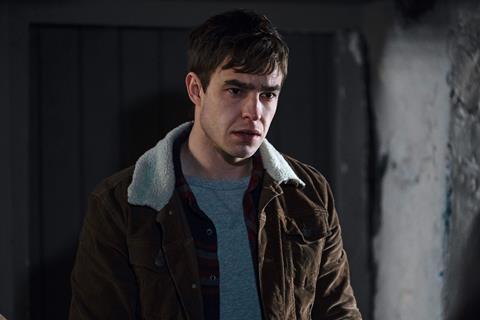 “As the suspenseful psychological thriller it purports to be, Penance is a bit slack. The suspicious nature of Rob’s death is asserted rather than felt, and the subtext of the role Jed is playing in Rosalie’s life and vice versa is rendered far too “text”. Despite all this, it is basically fit for purpose. Which is mainly, at this point in the subgenre’s development, still to work out how a mass audience feels about sex-swapped, intergenerational banging.”
Lucy Mangan, The Guardian

“Channel 5 has been making forays into “serious” drama for the past year or so, and with Penance it seems to be going one step farther into BBC/ITV bonkbuster territory. Instead of it being “simmering” or “torrid”, the words that sprang to mind after the first episode were “hushed” and “desolate” — a pensive kind of potboiler, more about grief and the weird things it does to a person’s head, and definitely not just another show inviting you to envy large middle-class kitchens.”
James Jackson, The Times

“This not going to rock the planet off its axis, but there’s enough twisty and salacious intrigue to keep you coming back. There’s a deluxe quality about the production, and its pedigree cast doesn’t hurt. It’s a shame it was packed into only three parts, as it’s a slow-burn story that might have exerted a more powerful grip if given more time.”
Adam Sweeting, The i

“This marks another in Channel 5’s homegrown dramas, following the excellent Cold Call. That, though, was a four-parter — and Penance feels rushed in comparison, with sudden jumps in the story to save time. It might have been better an hour longer, and definitely better without the crass sexual visions under the crucifix.”
Christopher Stevens, Daily Mail

“Presenter Waldemar Januszczak suffers from Robert Peston Syndrome, distorting words as if they’re chewing gum he’s peeling off the sole of his shoe. Nonetheless, The Art Mysteries proves he has a knack for finding inventive angles on art history. Januszczak unveiled his theories with a magician’s panache and made them feel fascinatingly plausible.”
Adam Sweeting, The i

“Despite Inbetweeners star James Buckley baking a cake in the shape of a toilet and Paul Hollywood making crude double entendres about ‘cracks’, this show is so well tuned that every episode is a joy, which is why it can attract increasingly stellar contestants. This time, Oscar-winner Richard Dreyfuss manned one of the food blenders.”
Christopher Stevens, Daily Mail