“It is a rare compliment these days to complain of a documentary being too brief. But this was an exception” 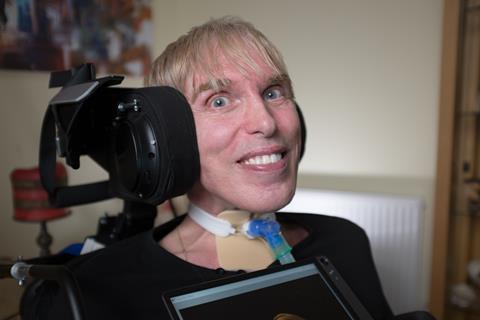 “If Peter’s courage was breathtaking, his positivity as he gradually deteriorated before our eyes was mind-blowing. I’m guessing he made every person watching feel ashamed for the times we have drama-queened over a minor illness or a parcel non-delivery (guilty).”
Carol Midgley, The Times

“It soon becomes clear that the disease is progressing too fast to allow the more extreme interventions from which Peter was hoping to benefit to take place, and the documentary turns gracefully, deepening sweetly into a heartbreaking portrait of love.”
Lucy Mangan, The Guardian

“The journey took him, and us, to places where technology really was beginning to look capable of fundamentally changing humanity’s relationship with disease and physical frailty. Maybe even mortality, eventually. It is a rare compliment these days to complain of a documentary being too brief. But this was an exception.”
Gerard O’Donovan, The Telegraph

“Channel 4 attempted to present Peter: The Human Cyborg as some sort of sci-fi fantasy, breathlessly inviting us to gawp at the freakier elements of Peter Scott-Morgan’s efforts to combat motor neurone disease (MND). The film was much more effective as an insight into the mundane horror of MND and the courage it demands of sufferers, as well as those around them.”
Rupert Hawksley, The i

“If all continues to go well with Peter’s inventions, this ought to be the first in a series of programmes. Though the title promised a ‘cyborg’, the hour mostly focused on the brave human being who was getting ready to hand over his life to untested technology. How well it really works, and whether Peter can overcome the inevitable glitches, we will have to wait and see.”
Christopher Stevens, Daily Mail

“Harlots has grown on me like a scabies rash. That is partly down to the script, which crackles and fizzes especially when insults are being traded (which is often) even if the ‘happy whores’ vibe is unconvincing and glib. But it is mostly down to the performances of Lesley Manville and Samantha Morton, which are very good indeed.”
Carol Midgley, The Times

“With shades of The Hunger Games and Harry Potter, the dialogue is lumpen and laden with explanations. It’s beautifully shot though — torrents of light cascading across every angle. The director must have been watching The Handmaid’s Tale. But this sort of U.S. teen tosh is usually relegated to channels such as E4. What it’s doing on BBC1 is a mystery.”
Christopher Stevens, Daily Mail