“It was silly, eye-roll-inducing and the perfect farewell” 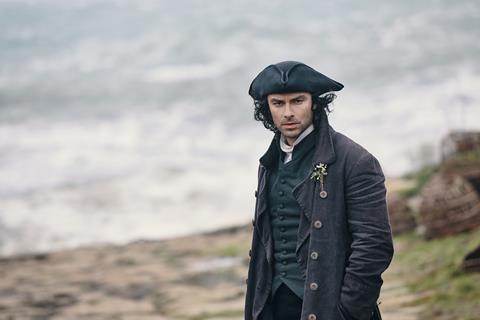 “The final episode of Poldark proved to be a gut-tugging emotional rollercoaster that, happily, waved goodbye to this hugely popular drama series on an appropriately high note.”
Gerard O’Donovan, The Telegraph

“It was the last ever episode – supposedly – of the gloriously entertaining show that has run on BBC1 for five series. It has pushed me to my limits with its jumpy approach to time and ludicrous storylines, and the finale nearly sent me over the edge. It was silly, eye-roll-inducing and the perfect farewell.”
Emine Saner, The Guardian

“Would Ross and Demelza live happily ever after? Well, simply put: of course. But not without an hour of peril and campy confusion in this hammy, satisfying finale. It was all a fairy tale, if a little too neat, but as Ross strode out to sea (in slow motion, naturally) I could think of no better way to say goodbye. How we will miss them.”
Sarah Carson, The i

A Black and White Killing: The Case That Shook America, BBC2

“Russell Courtier’s trial had all the plot twists of a work of fiction. Documentarian Mobeen Azharwas calm and scrupulously fair towards both sides.”
Michael Hogan, The Telegraph

“This was an important story to be told, of that there is no doubt, but it never quite felt like much light was shed. Insight is crucial to make us engage with a case that shocks us, horrifically so, but may not shake us like, as the title states, it did America.”
Sarah Carson, The i

“It was a stormingly brave decision to remake three lost episodes of Dad’s Army with a new cast. Remaining faithful to the scripts, the results are better than anyone could have dared hope.”
Christopher Stevens, Daily Mail