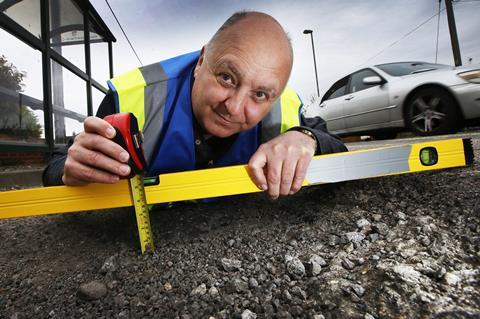 “Pothole Wars, despite sounding promisingly like a lost Monty Python sketch, really was an entire hour about potholes. The initial warning signs of whimsy ahead were supplied by a narrator who sounded a bit like Su Pollard gossiping away over a mug of Tetley.”
James Jackson, The Times

“This mundane documentary met a few of the contractors struggling to keep up, as well as civic-minded citizens leading protests or simply rolling up their sleeves to fill the holes themselves. Even the most avid motorist will be bored after an hour of gazing at cracked Tarmac.”
Christopher Stevens, Daily Mail

“After last week’s opening half-hour of relationship rancour, personal failings and coarsely funny ripostes, the fourth series settled in with … more of this. Much of the praise heaped on the show is to do with how sharply truthful it feels, in which case shouldn’t we start worrying about the everyday state of modern midlife relationships?”
James Jackson, The Times

“Ben met five astonishing young women in a remarkable episode of his travels with hermits. The sight of a girl not old enough to go to secondary school standing on tiptoes to turn the handles on an industrial log-cutter is surreally inspiring. Their confidence was a joy to see.”
Christopher Stevens, Daily Mail

“So far, this show does exactly what every ounce of its opening scene’s script, premise, direction, acting and bloody convulsions promised, which is deliver a daft story at pace and slightly but distinctly better than needed. There is no nobler creative pursuit and no greater viewing pleasure.”
Lucy Mangan, The Guardian