The documentary is presented by Benjamin Zephaniah and features Tyrone Mings, Rio and Anton Ferdinand, Andy Cole and David Lammy 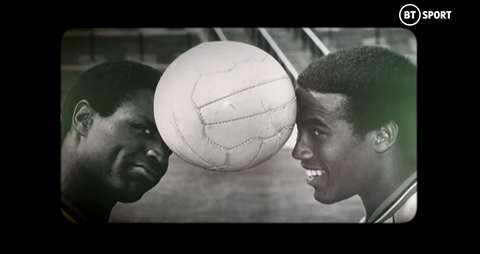 BT Sport is in production on documentary film, Standing Firm: Football’s Windrush Story, which is being produced by BT Sport Films.

The film examines the impact they, their descendants and continued Caribbean migration to the UK, had on English football and the national team.

The film is presented by Benjamin Zephaniah and premiers in the autumn on BT Sport.

Zephaniah said: “Quite a lot is known about how the Windrush generation changed the NHS, the rail and bus service, and even music in our country, but very little is said about football. So, in this film I went out and talked to descendants of Windrush pioneers about their family’s journeys, how football has changed over the years, and their place in the game today. We have come a long way, and there are many rivers to cross, but I was pleasantly surprised, and inspired, by what I found. This is the film I’ve been wanting to make for a long time. This is about the game I love. This is personal.”

Andy Cole added: “As I’ve got older, I have gained a better understanding of what my parents and grandparents went through when they first came to this country from Jamaica and learnt about the sacrifices they made in order for me to reach the pinnacle in my career. I’m so proud of them and it’s important to take time to appreciate I couldn’t have achieved what I achieved without them.”

David Lammy said: “Football means so much to the Windrush generation and their descendants in this country. There was an assumption that black guys couldn’t really play football but players like Viv Anderson, Laurie Cunningham and Garth Crooks really broke through and improved the game. They put football into our DNA and it has continued generation after generation. I look at my own children and the way they’re lifted up by the modern day players. It’s a fantastic legacy.”