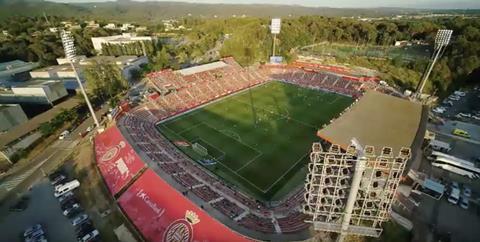 LaLigaTV is airing a documentary tonight – LaLiga Rise – that focuses on this year’s playoffs. It centres on the four teams – Girona FC, UD Almería, CD Leganés and Rayo Vallecano – who missed out on automatic promotion, as they fight for the one remaining promotion spot.

Players and fans of the four competing clubs appear in the documentary, and Delfí Geli, the president of Girona FC shows viewers inside the inner sanctum of the club in the hours before the crucial playoff games.

The club’s coach Francisco receives the surprise support of his nieces and nephews and his firefighter brother, all of them from UD Almería, the Catalan club’s opponents in the semi-final.

CD Leganés share the nerves and worries of the couple who own the club – Victoria Pavón and the majority share-holder Felipe Moreno – while exploring their contrasting points of view.

Meanwhile, Portuguese forward and Rayo Vallecano player Bebe’s trials and tribulations are documented during the club’s promotion fight. Another Rayo figure, Julián Huerta, reveals how his family founded the club in 1924, while the president Raúl Martín Presa explains how important the team has been in helping a previously troubled community to progress and develop.