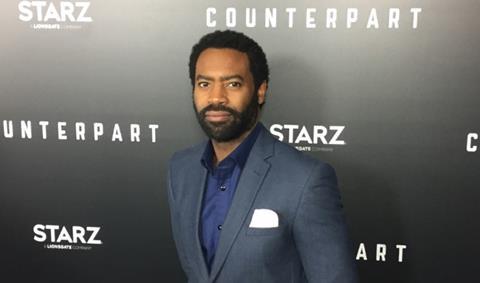 Studio Pictures and writer/director James Newton are set to launch an NFT collection for upcoming feature film A God Amongst Men, which is based on the story of Muhammad Ali’s visit to Tyneside in 1977.

Studio Pictures plans to release an NFT Art drop this summer, collaborating with a leading British comic artist. 11 hand-drawn cartoon characters based on characters from the film called The Skidz are being created.

These NFTs will be dropped towards the end of July 2022. Studio Pictures adds that rare traits will be revealed once all the NFTs are sold.

Each NFT will have a “unique physical perk” linking it to the film production, including the chance to visit the set; limited edition merchandise; or attending the cast and crew screening.

The producers will be able to create a community of fans early, all able to interact in shared 3D worlds with their owned NFT collectibles.

Pre-production will start in August and filming will wrap by the end of the year.

Newton said: “A God Amongst Men is based upon the true story of how one man, Johnny Walker, outrageously claimed that he would bring Muhammad Ali to Tyneside in 1977 to save a boxing club from closure. Johnny was instantly ridiculed, and he became a laughing stock. But Johnny didn’t give up on his dream. He found the people to help make the impossible possible. I will be channelling my own inner Johnny Walker when we launch our NFT.”

“The potential for NFTs to completely change the landscape of film marketing is here,” he adds. “Filmmakers need to wake up to the seismic shift that has been happening with NFT assets over the last year. NFTs are game-changing for indie filmmakers. We can now build a community and an audience for our film before we have shot a single frame and that same audience will be part of our journey from day one.”

Samahoma Media Advisors (SMA) CEO Bob Clarke, added: “Properly planned and executed, with strong creativity harnessing their potential for connectivity, NFTs offer multiple ways to elevate the relationship between super-fan audiences and the music, movies, new literature and other arts and entertainment they love. James Newton has understood that and as a result we were happy to source the finance he needed to create the collection.”

SMA believes NFTs provides owners with the sense they are directly influencing the content and talent they want to see. A God Amongst Men NFT Collection is one of the first projects of its kind but Samahoma Media Advisors has already identified three other music and literature IPs with similar potential for support later in the year.