“On this evidence, something deeply intriguing will unravel over the next five weeks.” 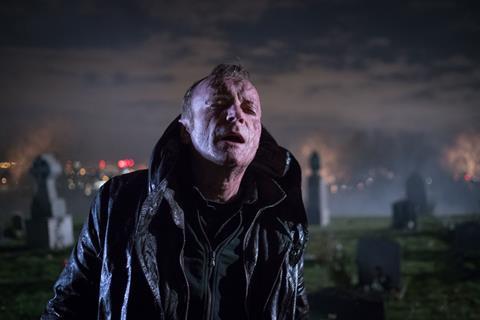 “Initially, I found the story a little cold, a little too clinical, a little pleased with its own cleverness, but by the end of the episode, I had been reeled in completely, and inevitably I am now desperate to know how it all fits together.”
Rebecca Nicholson, The Guardian

“Serial killer thriller Rellik made a bid to breathe new life into the overpopulated cop genre by telling its crime story back to front. Did it work? Sey. Sorry, I mean yes. On this evidence, something deeply intriguing will unravel over the next five weeks.”
Michael Hogan, The Telegraph

“I’m not usually a fan of reverse chronology, which often feels pretentious. This, however, is reverse chronology with knobs on: bullets un-entering bodies, rain going back up into the clouds. It’s as if they’ve nicked Hermione’s time-turner in Harry Potter. So far, though, I think, it works as a dramatic device and shows the writers’ ambition.”
Carol Midgley, The Times

“We know that nothing from the Williams brothers is ever hogwash, or has been so far. So I hope there’ll be some canny means by which the ‘find out where it started’ theme dovetails beautifully with the way the story has been chopped into bird-sized crumbs and hops about from one time frame to another like a pigeon on an electrified fence. That couldn’t be just a flashy stunt, could it?”
Matt Baylis, Daily Express 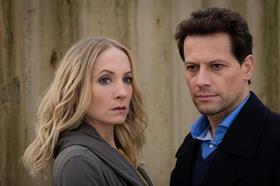 “In its final few minutes, Liar swerved from the procedural path it seemed to be on and again proved that the Williams brothers are experts in intrigue. It takes a bleakly familiar story into unfamiliar territory, and though it is less showy than Rellik, it’s just as gripping.”
Rebecca Nicholson, The Guardian

“It was slick, layered and, in being centred on two people’s wildly different recollections of sexual intercourse, did a deft job in keeping us stumped as to whose version is correct.”
Carol Midgley, The Times

“Liar was reminiscent of Broadchurch, with whom it shared a director in James Strong. The coastal Kent setting was gorgeous, with architectural piers and alien-looking landscapes. Unfortunately, it found itself out-gimmicked and outgunned by its writers’ other creation, whodunit-in-reverse Rellik over on BBC1.”
Michael Hogan, The Telegraph

“After The Missing’s multi-layered storyline, the writers said they wanted to focus on a single narrative for Liar, exploring the psychology of Laura and Andrew up close. I could forgive their simplified storytelling if the effect was as dazzling as their previous work. Instead, Liar was disappointing in its lack of nuance and unbelievable lines.”
Daisy Wyatt, The i