A channel identity package that communicates the spirit of Renault and also compliments Renault TV’s largely filmed programming and content. 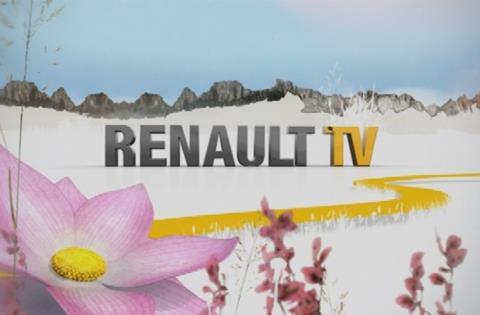 Brief Create a channel identity package that contrasts with - and also compliments - the channel’s filmed programming.

How it was done A clean, white graphical 3D environment, built in 3ds Max, is navigated by an animated winding yellow road. Bespoke assets such as stop frame people and 3D flowers, bees and polar bears were added to gave the Renault brand personality and provide a different tone to each ident. Additional masking, grading and 2D elements were added in After Effects. The Neighbourhood did the animation.

Watch it Now on Sky channel 883

Branding and on-air idents for Renault TV, the largest ever branded content channel. Design work by Lambie-Nairn that communicates the spirit of Renault and contrasts with - but at the same time compliments - the channel’s largely filmed programming and content.