Save Me Too; In My Skin

“It speaks to the power of this drama that, more than any other show on TV right now, you would give anything for this one to have a happy ending” 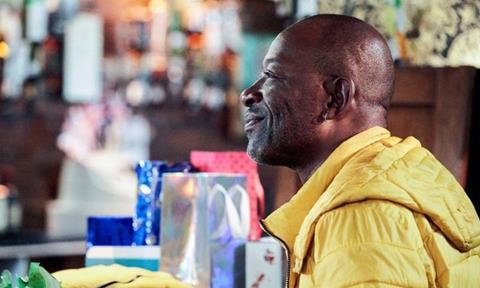 “While the first series had the qualities of a solid thriller … it had more subtle layers beneath, and was particularly good on class conflict. This is shaping up to be another quality instalment, and I admire James’s reluctance to take the easiest path.”
Rebecca Nicholson, The Guardian

“Had all the things I found outstanding about most of the last series: realism, naturalistic dialogue, attention to detail and confident silences. When I watch this drama I feel immersed in the world that James has created, unlike those of The Nest with its flashy waterfront house or The Split with its chrome and glass aesthetic.“
Carol Midgley, The Times

“Lennie James has taken a familiar television trope – a missing girl, as if we didn’t get enough of those – and turned it into something new. James has described Save Me as “grown-up telly for grown-up people”. The subject matter is distressing but never gratuitous. The focus is on the parents grieving for a lost daughter, and what to do with that grief when the news cycle and the police have moved on. It speaks to the power of this drama that, more than any other show on TV right now, you would give anything for this one to have a happy ending.”
Anita Singh, The Telegraph

“The missing child premise is common enough – Kiri and The Missing both pivoted on a similar set-up – but this show is the best of the lot. That’s entirely down to the cast. Each character is cracked with flaws and stacked with redeeming features. You scrutinise them, look a bit harder, and still they don’t quite make sense.”
Rupert Hawksley, The i

“The dialogue, written by James, is wordy speechifying, but that’s not what puts me off. There’s just nothing to like about Nelly, a bullying alcoholic who ignored his daughter all her life and now expects everyone to uproot their own lives to help him find her. He sneers, yells, passes out, cadges money and never changes that yellow puffa jacket, which must smell like a decomposing badger. The first episode was all about the surprise 50th birthday party thrown for him by his devoted pals. Why would they?”
Christopher Stevens, Daily Mail

“Big, important questions about family and friendship and loyalty have been wrapped up by writer Kayleigh Llewellyn in a beautiful script, full of wonderful one-liners.”
Rupert Hawksley, The i

“Llewellyn has managed to imbue a sad, bleakly real story with dark comedy, which is no mean feat. At times her light touch on heavy subjects, often with a minimum of dialogue, was exquisite. Llewellyn artfully melded absurdity, cruelty, tragedy and comedy into one short scene. I hope this drama gets the plaudits it deserves.”
Carol Midgley, The Times