“This episode involves an act of heroism that’s truly awe-inspiring, even by the standards of this show” 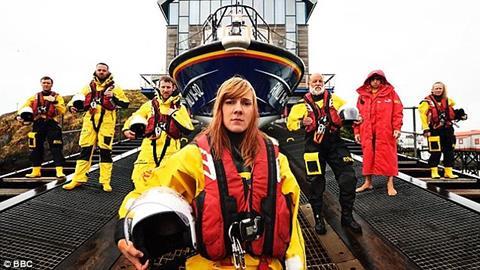 “Before you could say ‘mayday’ a young man was describing looking into his friend’s eyes for what he thought was the last time just before he was dragged overboard from their fishing boat and a father wept as he recalled how his 13-year-old son had saved his life. I wept. Nine more episodes of this? Yes, please.”
Chris Bennion, The Times

“Be thankful for the return of Saving Lives At Sea, which not only celebrates the selfless work of the Royal National Lifeboat Institution (RNLI) — but salutes the long-ago sacrifices of lifeboatmen who rowed rescue boats into gale-force seas to save drowning mariners. We’re seeing real rescues, not scripted reconstructions, which makes it all the more emotional.”
Christopher Stevens, Daily Mail

“This episode involves an act of heroism that’s truly awe-inspiring, even by the standards of this show. If it doesn’t have you in tears I’d be rather concerned.”
Mike Ward, Daily Express

“On the evidence of the first episode of the new series, hosts Fielding and Sandi Toksvig remain an engagingly odd couple, with lots of sibling-style one-upmanship. A questionably shaped item on one baker’s attempt emits giggles in an otherwise innuendo-light episode, but the camaraderie and artistry on display confirm that Bake Off remains the very best of British TV.”
Rachel Ward, The Telegraph

“With few tweaks to a formula now in its ninth year, an instantly likeable set of bakers should deliver bumper ratings once again for Channel 4.”
Adam Sherwin, The i

Manhunting with My Mum, Channel 4

“The peril of travels-with-my-mother programmes is that the mums always steal the show. Florence, bursting with energy and charisma, does so immediately, even though her daughter – beautiful, sequin-catsuited and with a pleasing Blackburn accent – is a sparkling protagonist. This was never going to be a show about a genuine search for a husband, but about the infinitely more interesting second-generation search for identity.”
Emine Saner, The Guardian

“The project, which amounted to a neat bit of brand-building for the up-and-coming TV presenter AJ Odudu, was doomed from the start. Only modern man Timini offered any hope, but even this seemed a long shot. The real value for Odudu was in seeing where her mother had come from.”
Chris Bennion, The Times

“Presenters Nicky Campbell and Davina McCall listen quietly, without overplaying the emotion. The similarity of these weekly stories can dull their impact, but the moment of reunion between people separated for so long never fails to touch the heart.”
Christopher Stevens, Daily Mail