Scandalous! The Tabloid That Changed America; Athlete A

‘Being reminded of its heyday made for enthralling and titillating viewing’ 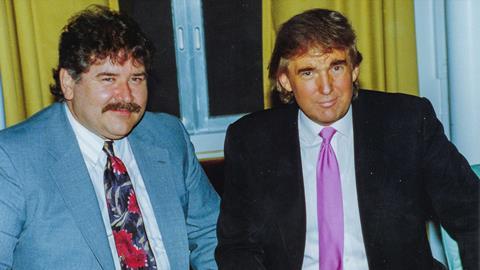 “Mark Landsman’s film asked us what kind of media we wanted. What is in the public interest? Should journalists give readers what they like to read? Or should the truth be all that matters? These are all valid questions. The problem here – and it was fatal – was that far too many of those providing the answers were protecting their own interests. There was scarcely a voice to counter all the self-serving guff about “getting the story”. Scandalous! The Tabloid That Changed America was perfectly entertaining and offered plenty of opportunities to laugh at those who spent their life with noses in the gutter. But as a piece of reporting, it fell well short of journalistic standards. Which, I suppose, is appropriate.”
Rupert Hawksley, The i

“We were told fledgling media mogul Generoso Pope bought what was The New York Enquirer in 1952 and set about rebranding it. His imagined reader was someone he called ‘Missy Smith’ from Kansas. Missy, he decided, needed to know that celebrities had the same problems that she did. Missy was reassured that Elizabeth Taylor struggled with her weight and that the Charlie’s Angels all supposedly hated one another. Today, Missy has moved on and The Enquirer limps along, a shadow of its former self. But being reminded of its heyday made for enthralling and titillating viewing.”
Claudia Connell, Daily Mail

“The former reporters interviewed were candid, some admitting that they were often uncomfortable with the sharp practices they used to get stories (including opening people’s mail then resealing it), but also often proud of their journalism. Such as when they proved what the police and rival journalists failed to do, namely that OJ Simpson did wear the type of shoes that left a footprint near to where his ex-wife Nicole Brown’s body was found, which he had denied.”
Carol Midgley, The Times

“There will be a lot to write about when this godforsaken era finally passes into the history books, but I hope the chroniclers will find space for at least a footnote somewhere to record the phenomenon of streamable documentaries as the early 21st century’s best method of delivering us from evil.”
Lucy Mangan, The Guardian