Searching for Mum; The Detectives

“An honest and brave story about what it means to know one’s roots.” 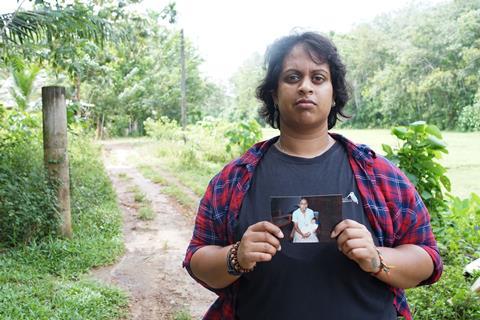 “It is as frustrating as it is moving, touching on a wider scandal about enforced adoptions in Sri Lanka and the use of falsified documents to cover up coercion. It is also an honest and brave story about what it means to know one’s roots, and a complex examination of why many people consider this an essential part of their being.”
Rebecca Nicholson, The Guardian

“It probably says something about how accustomed we are to having TV documentaries neatly packaged, strings all tied for a satisfying ending, that I fully expected both Ria and Rebecca to trace their mothers in Searching for Mum. But No. This wasn’t Long Lost Family, in which immaculate records going back decades left a paper trail to a happy reunion. It was Sri Lanka, where poverty and civil war, which began in 1983, created thousands of orphans and desperate mothers and a boom industry in international adoption, with many babies given false documentation if any at all.”
Carol Midgley, The Times

“This film touched on how the notions of family that we take for granted can become confused when you have little idea who brought you into the world or why they gave you away. BBC2’s Big British Asian Summer season, of which this was part, is turning out to be full of pleasant surprises.”
Michael Hogan, The Telegraph

The Detectives: The Farmhouse Robbery, ITV

“Compelling viewing, albeit bleak. Netflix true-crime series, such as Making a Murderer and The Staircase, might get fawning reviews but they’re ponderous by comparison. The Detectives grips by portraying the everyday grit of police work.”
Michael Hogan, The Telegraph

“It was an unflashy, thorough account of committed detectives in Lancashire doing good work in a dedicated way, the like of which we see on TV quite a lot these days.”
Carol Midgley, The Times

“As with any investigation, it’s about being effective, thorough and methodical, not spectacular or borderline Shakespearean. They’re after baddies, not Baftas. Indeed, the tone of these officers’ conversations, when you bear in mind the despicable deeds they’re discussing, seems almost bizarrely low-key. If you didn’t know better, you could almost imagine you were eavesdropping on a council planning committee discussing proposals for a pelican crossing outside Russell & Bromley.”
Mike Ward, Daily Express