“The Made in Chelsea or Towie of nature docs” 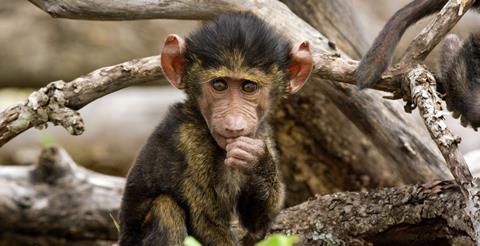 “The undeniably spectacular footage has been manipulated into storylines by drama writers and given an extra flourish by music commissioned not so much to tug on viewers’ heartstrings as to yank them into submission. It’s the Made in Chelsea or Towie of nature docs.”
Rebecca Nicholson, The Guardians

“If you haven’t already watched Serengeti may I make a suggestion? Do so with the sound off. Because while the camerawork is magnificent — I mean, gobsmackingly, gloriously so — what you will hear is a torrent of infantilising sub-Disney bilge.”
Carol Midgley, The Times

“The convention has always been that it’s sentimental and unprofessional to superimpose human personalities on wild animal behaviour. But Serengeti does this with glee, urging us to see Carlie the lioness as an outcast single mum and Tembo the juvenile elephant as a stroppy, sulky teenage boy. Science may disapprove, but it’s a trick that hooks us.”
Christopher Stevens, Daily Mail

“Thanks to Fuller’s befuddling infantilism, I felt like a nine-year-old parked in the stalls at The Lion King. Disney’s music was an overt inspiration for the soundtrack. Boyega, meanwhile, seemed to be reciting blurbs from fortune cookies. I may well watch part two with the sound down.”
Jasper Rees, The Telegraph

“There was no catharsis here, but the story was responsibly told. What came through more clearly than ever was the remarkable strength of mind and clarity of thought of Sarah’s mother Sara as she recalled the agony of waiting for three weeks to hear of any news, and the tricks she played on herself to keep Sarah alive in her head.”
Jasper Rees, The Telegraph

“I had to have ten minutes of quiet contemplation after watching Sarah Payne: The Untold Story. To call Sara Payne, whose eight-year-old daughter was abducted and murdered ‘remarkable’ is to sell her far short. It felt voyeuristic seeing that long lock of Sarah’s blond hair, cut off and given to her mother after her naked, decomposed body was found in a field, but also a privilege.”
Carol Midgley, The Times

“Susanna Reid’s rapid turnover of true crime shows runs the risk of making them seem like indistinguishable identikits. But Sarah Payne: The Untold Story stood out because of the raw emotion of the family.”
Christopher Stevens, Daily Mail