“A diverse, genuinely informative and thoughtful show that doesn’t fall into the too-common trap of forced ’wokeness’” 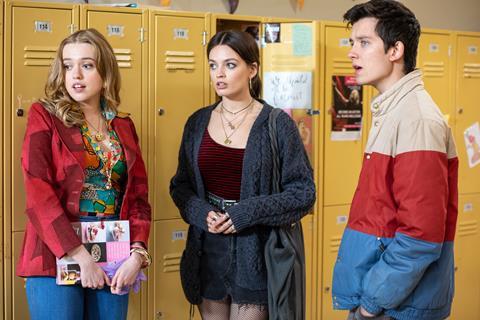 “The show is absolutely stuffed with sex. Which is not to say that it’s sexy. The sex scenes are comically awkward. The kids talk about sex with forensic frankness and a level of earnestness they would apply to discussions about carbon emissions. If I’d watched this as a teenager I would have concluded that sex was so boring, I may as well concentrate on my A-levels.”
Anita Singh, The Telegraph

“Sex Education is a diverse, genuinely informative and thoughtful show that doesn’t fall into the too-common trap of forced “wokeness”. It teaches us how to love ourselves (in more ways than one) and how to nurture healthy relationships. And, the most vital lesson of all - that unexpected erections will always be funny.”
Emily Baker, The i

“It’s rare for a television show to summarise a problem, dissect it and suggest a new way to look for solutions. BBC2’s Horizon documentaries are too often muddled and smug but this one was as neatly packaged as a pop-out tray of pills, each factlet in its own little foil blister.”
Christopher Stevens, Daily Mail

“[Dr Michael] Mosley is a one-man rebuttal of the idea that your CV should fit on a side of A4. Trust Me, I’m a Doctor, The Truth About Exercise, Inside the Human Body, Inside Michael Mosley – that’s just a fraction of his output. And you’re probably on his 5:2 diet right now. Never mind that Mosley jacked in his psychiatric career for TV decades ago; he’s the go-to person for medical documentaries.”
Anita Singh, Telegraph

“Michael Mosley’s valuable film looking at the various angles has already gained headlines, while showing that courses of “de-prescribing” can work. Good work from Mosley, who also, as usual, offered himself as a living experiment, having burning chilli paste sizzle the skin on his arm, because not only is he the BBC’s doctor in the house, he seems to enjoy being its resident masochist too.”
James Jackson, The Times

“All eight stories successfully straddle many fine lines. They are fleet – just half an hour long – without being insubstantial; uplifting without being schmaltzy; inspirational without being cringe-making. They don’t offer direct commentary on current US and others’ attitudes towards immigration, but they don’t need to. It is enough to watch these stories set in the 70s, 80s and 90s unfolding in a recognisably different climate – so near, chronologically, to our own and so far in other ways.”
Lucy Mangan, The Guardian

This was the kind of enjoyable, quantum-science-for-dummies programme populated by the species of professor who revels in finding hyper-complex maths equations “beautiful” and “elegant”. In fairness to them, while the above hypothesis might sound like something from a Douglas Adams book, as a theory of everything it’s better than nothing, much like the universe generally.
James Jackson, The Times