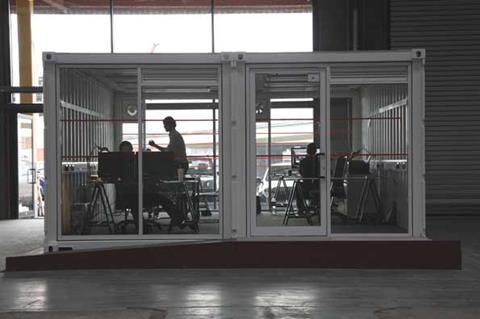 Barefoot VFX, HG Films and Sizzle Media have all taken space in recent weeks, joining 20 other companies based in converted shipping containers in the former Sharp electronics warehouse east of the city centre.

Sue Woodward, the director for the Sharp Project, said: “There’s now a real buzz in the building and the tenants are forming a flourishing business community.”

The Sharp Project has three sound stages for film and TV production. Future plans include a music studio and a ‘winter garden’ communal space.

JP Hersey from HG Films said: “It’s this sort of business model that we believe is the future for the media industry. Rather than one over sized company with huge over-heads, what we have here is a bunch of smaller more flexible and responsive companies that offer a huge range of skill sets and talent under one roof, so we can expand or retract to respond to the project’s needs. That’s what’s exciting about this building.”