Manchester digital content hub The Sharp Project has been chosen as the production base for a new BBC children’s series being made by Shine TV. 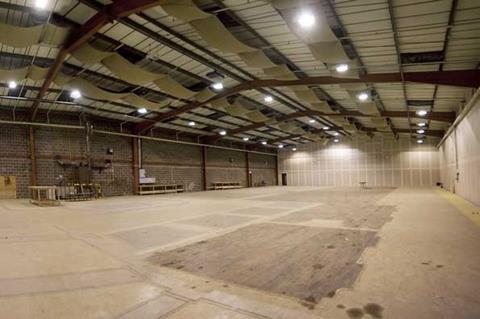 Filming for the show, My Genius Idea, has already started and 9x30-min programmes will be made for broadcast on CBBC later this year.

The producers have built a large scale set in one of the Project’s sound stages, designed by Barcode Media’s Stephen Graham who is based in the former Sharp electronics warehouse.

Series producer Moray London said: “I was really impressed at the spaces the Sharp Project could offer our production. In the end we opted for one of the huge ground floor spaces which gave us the industrial look we were after.”

“We now have a host of companies located here that can support production companies by offering services such as kit hire, post-production, editing facilities and set design,” she said. “One of our tenants, Barcode Media, designed this particular set. We really are creating our very own eco-system where both small and large businesses can feed off each other and thrive.”