“A powerful documentary that painted a damning portrait of mainstream attitudes towards the disabled.” 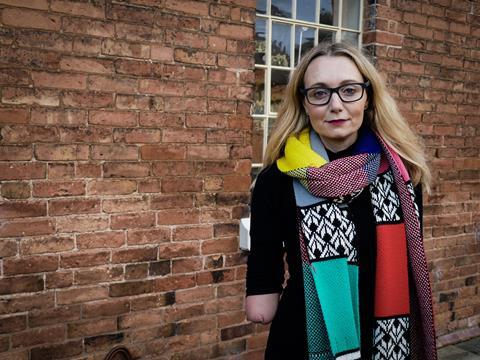 “A powerful documentary that painted a damning portrait of mainstream attitudes towards the disabled. A justified anger rippled through Silenced: The Hidden Story of Disabled Britain. Cerrie Burnell drew movingly on her own experiences in this personal and unflinching account of the disabled community’s hard-fought struggle for equality.”
Ed Power, The i

“Thought-provoking stuff, although as TV the programme was particularly moving when looking back into history. While this was illuminating history, with some haunting old photos and footage, it was also an uneasy one. For all the hidden stories of the past, what nagged away was how far there is still to go in attitudes to the disabled.”
James Jackson, The Times

“The history of disabled Britain features plenty of heroes to inspire, but what Silenced so movingly illustrated is that this is not really the story of individuals who overcame the odds. In fact, it is the story of how entire communities can – and must – open up to include humans in all our variety.”
Ellen E Jones, The Guardian

“I don’t know exactly when this second series of Staged was filmed, but you have to wonder how they could have known they would be nailing the nadir of frustration so many of us are feeling this exact week. Forget its starry cameos, there is no series that describes our Zoom-imprisoned discontent as mercilessly as Sheen and Tennant’s clash of the egos.”
James Jackson, The Times

“The lockdown sitcom is so arch it has to be aired in 15-minute bites. No one could cope with a full half-hour of such ironic self-deprecation. It appears every bored A-lister between London and Los Angeles is desperate to be in on the joke, that there’s no one more insufferable than an actor with nothing to do. But a gag doesn’t get funnier with constant repetition. It starts to grate. And that’s what has happened to Staged. It’s going in circles… down the plughole.”
Christopher Stevens, Daily Mail

“It’s voyeuristic, slickly edited and fiendishly watchable. The new location made little difference, which was doubtless the desired effect. The sole signs of its Manchester setting were crowbarred-in references to rain and Oasis, plus a higher ratio of north-west accents among the waiting staff. Otherwise it was business as usual for this reliable stalwart of the schedules.”
Michael Hogan, The Telegraph