“Some subtle questions about our relationship with celebrity, while only scratching the surface of the complicated man at its core.” 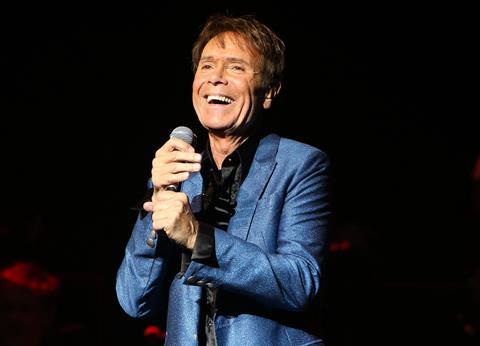 Sir Cliff Richard: 60 Years in Public and in Private, ITV

“This intriguing ITV documentary managed to raise some subtle questions about our relationship with celebrity, while only scratching the surface of the complicated man at its core. That’s not to say that there weren’t nuggets to be gleaned. Sir Cliff himself, visibly wounded by the unfounded allegations against him, made for a fascinating subject.”
Sarah Hughes, The i

“The effect of these events on Cliff, his career and his fans was threaded through the rest of the programme, adding a little heft to what was essentially – and would, four years ago, have been purely – a piece of hagiographic fluff about the ‘Peter Pan of pop’ who has survived six decades of changing tastes and fashion and sold 250m records along the way.”
Lucy Mangan, The Guardian

“For the ‘Mona Lisa’ of pop, as Janet Street-Porter called him, this was really quite enlightening. There was no steer, sadly, on where Richard buys those eye-popping shirts or if he still has his 1980s Deirdre Barlow glasses, but if you had been in any doubt how deeply the false accusations hurt him, you wouldn’t have been after watching this.”
Carol Midgley, The Times

“The film closed on his High Court victory over the BBC, and the recording of his latest album. Leaving us, as ever, with a paradox: a man who values his privacy more than anything else yet yearns to linger in the glare of the spotlight for as long as he can.”
Gerard O’Donovan, The Telegraph

“Famous friends who have stood by him throughout paid tribute. What the show lacked was a proper assessment of his music. In all pop history, only Paul McCartney can rival him for sheer volume of lightweight, hummable hits. In time, all the nastiness of the false claims will be a footnote, but the songs will remain.”
Christopher Stevens, Daily Mail

“In Nepal she not only learnt about food, but about herself and got a bit teary when she reflected how lucky she was as a woman to be doing this job considering the culture in which she grew up. More striking to me is how many natural TV presenters there are out there who, given a tiny chance, absolutely smash it. If I were an old-school TV chef, I’d be sweating.”
Carol Midgley, The Times

“This was an inconsequential travelogue, in which the presenter tried her hand at pottery and kung fu before cooking pakora, buffalo kebabs and other local delicacies. We learned little, except that Britain isn’t the only nation that loves Nadiya.”
Christopher Stevens, Daily Mail

“Episode three of Channel 5’s Warship: Life at Sea again made me wonder whether, unsuspected by millions of us at home, Britain really is teetering on the brink of all-out war with Russia. Or whether compressing nine months of unusually busy time at sea into four hour-long episodes might give a slightly overheated impression of reality.”
Gerard O’Donovan, The Telegraph