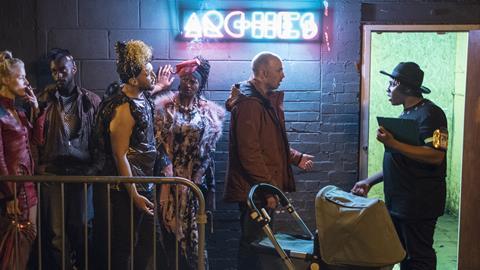 In his first scripted role, Karl Pilkington proved his acting chops by playing the main character and his alter ego, says Richard Yee

Dungeness: most of the series was shot on location

After travelling around the world countless times making An Idiot Abroad and The Moaning Of Life, Karl Pilkington and I needed a new challenge. So we turned our focus from comedy travelogue to comedy drama. 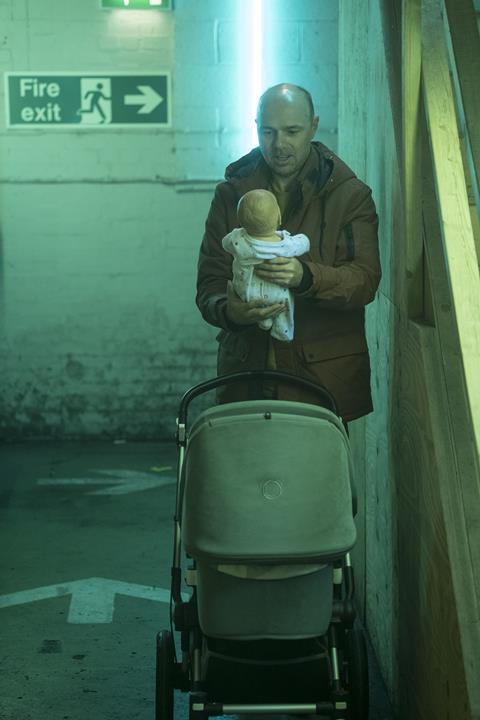 To begin with, Karl only wanted to write the show with me, but over a period of a few months, he agreed to make a cameo, then appear as part of an ensemble cast, then star as the main character. He ended up in the show not once but twice: as a character called ‘Karl’, based loosely on himself, and as Karl’s alter ego, the voice inside his head who takes the form of his doppelganger.

We knew we were creating big production challenges but that was part of the excitement. For Karl, it was a leap to go from someone who’d never seriously acted before to playing the series’ two main leads in front of a crew of 60 in a fully scripted series with visual effects.

For me, the main challenge was how to bottle Karl’s naturalism from the documentary series and recreate it in a comedy-drama context.

From the start, I was wary of doing anything that would make it feel like a staged comedy. Karl’s authenticity is his appeal – viewers relate to him as an everyman. The series had to feel real and emotionally truthful to his character and let the humour emerge from that, rather than set-up jokes.

Richard Yee: My tricks of the trade ­

I wanted it to feel more like a film than a sitcom. We shot in a wide 2.39:1 cinematic aspect ratio, in real locations around Ladbroke Grove, Dungeness and Eastbourne, avoiding studios whenever we could. The aesthetic had to feel real but not depressing.

We sought out locations that were dilapidated but beautiful and augmented them with a faded colour palette and soft, hazy lighting.

Working with the art department, locations team, camera department and colourist, we created a world that felt authentic. But the biggest challenge was adding Karl and the voice in his head in an equally naturalistic way.

In initial meetings with VFX companies, we discussed using the same technology from The Social Network to digitally map Karl’s head and superimpose it over a double. But cost aside, I was worried it wouldn’t feel natural enough and would become a distraction. We carried out some motion-control tests but after a five-hour set-up yielded only 10 seconds of material, we decided against that. 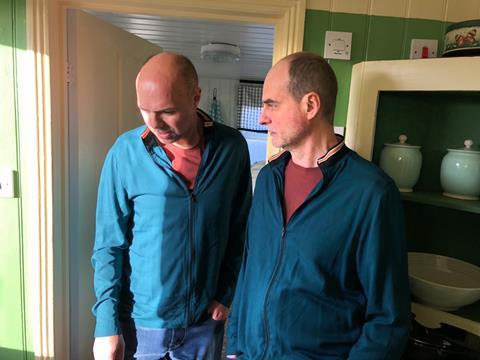 Lookalikes: Karl and his body double

Instead, we’d use a body double and film dirty shots to establish Karl in the same space as the alter ego and complement this with wider composite shots establishing the two Karls together. Even here, we avoided green screen when we could to keep the lighting more naturalistic, rotoscoping any overlap between the characters instead.

We found a good acting double for Karl who looked nothing like him, so we rounded up every middle-aged bald man in Greater London to find his body double. They were filmed walking side by side with him, mimicking his movements and mannerisms, before we chose one who most closely matched his build and gait.

On set, Karl would perform against the acting double. Judging one half of a performance without the other was hard, so after we filmed Karl as one character, we’d choose a favourite take before editing out the double’s dialogue while Karl changed costumes. We’d then play it back to him in a hidden earpiece, allowing me to judge the performance fully. It also liberated Karl, giving him the opportunity to react genuinely against himself, improvise the odd line and overlap dialogue for realism.

Initially, this was terrifying for the crew, but we quickly found a rhythm and loved watching Karl filming scenes with himself. The demands on him were huge but he nailed both characters.

Throughout the eight-week shoot, he was in most scenes twice, but on the rare days the ‘voice in his head’ wasn’t listed on the call sheet, the crew were disappointed. By the end, the crew all preferred the alter ego to Karl.

It’s a testament to Karl that he created a relationship so convincingly, but that still rankles with him, especially now filming is finished and he’s back to just being Karl.

CREATING THE LOOK: FROM WEST COAST AMERICA TO DUNGENESS

Having worked with Richard Yee for many years, I was very aware of his strong visual style, especially in the grading process. Sick Of It was an opportunity to raise the bar for comedy drama by giving the series a strong photographic and cinematic look.

Richard wanted it to look real and naturalistic, but not gritty or depressing – warm but not too colourful. He talked about a faded colour palette – like a wall that had been painted a bright colour and then faded over time. 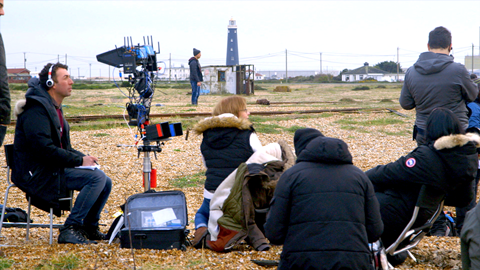 We met to look at references and gravitated to Spike Jonze’s Her, Mike Mills’ 20th Century Women and Beginners, Amazon series Transparent and FX comedy Baskets, and the photography of Fred Herzog and Elliot Erwitt.

Common threads emerged: we both liked photography with low contrast and shadows, with lots of colour; a lot of backlight and lens flare and a soft 1970s aesthetic. All the references had the airy, warm, light feel of films or photographs shot on America’s West Coast. The challenge was to achieve this look in Ladbroke Grove, west London, in October and November.

For the shoot, Richard and the production designer used a mid-20th century colour chart, preserving original colours where possible and adjusting exterior colours, over which they had less control. 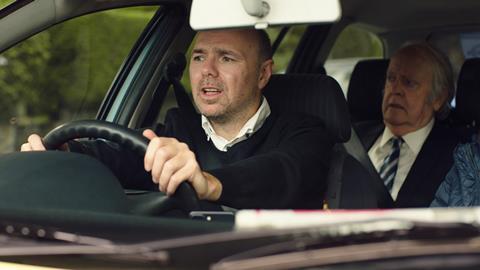 An antique suede filter was added when filming on two Alexa Minis, adding warmth to the light and providing that West Coast feel.

There was already lots of lens flare and light bleed in the rushes, but when scenes felt too clean, I’d add in more with Nucoda plug-ins. This was predominantly used in visual effects shots with the two Karls together, which had to be shot cleaner so they could be composited and rotoscoped. While filming was still in progress, I had access to rushes and would send production test grades and ideas – a great way of establishing what’s working.

A lot of attention was paid to retaining the airy and bright feel to each frame. We wanted to always have a perception of light leaking somewhere in the frame. Various tools were used to create this.

In other scenarios, grading layers with less contrast were added and the mid-tones stretched, but only to select parts. This effect was of paramount importance, especially when grading the flatter and ever-changing British climatic conditions. In these scenes, we had to match real low-loader car shots with studio green screen and we had the added complication of Karl playing two roles.