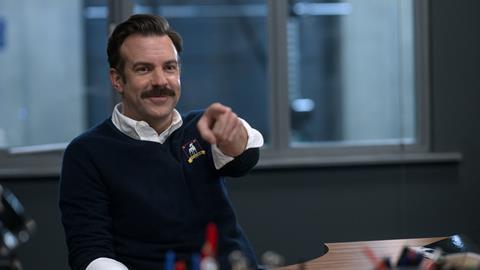 Apple shows including Ted Lasso, The Morning Show and Foundation will be made available via Sky Q and newly-launched next-generation Sky Glass in the next few months, after Broadcast revealed that the companies were in talks in April.

Apple TV+, which costs £4.99 per month, will be integrated into the Sky user interface across Europe.

It follows a host of recent deals and renewals with partners include Amazon Prime Video, Paramount+, Peacock, BBC, ITV, and Channel 4, as well as Netflix, Discovery+ and Disney+ and means that Sky customers will be able to access over 99% of the content they subscribe to via its platforms, according to research conducted by Enders Analysis.

Other partnerships with providers in areas such as gaming, fitness and music are expected to continue to emerge.

The Apple agreement forms part of a wider global agreement with Comcast, under which Xfinity TV and Sky customers will also be able to access their pay-TV programming on Apple TV devices.

It emerged as Comcast unveiled its results for the three months to 30 September.