Stacey Dooley; We Are Most Amused and Amazed; I’ll Get This 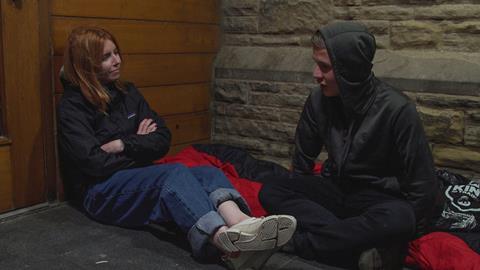 “Dooley – an excellent presenter, anyway – is the natural and ideal choice here. Her interviewees need and deserve her supportive, warm presence, and she is close enough in age and attitude to tread where older reporters might hesitate to go.”
Lucy Mangan, The Guardian

“As usual, she was warm and empathetic, easily inveigling herself into the various groups of youngster she met. She touched them on the arm, complimented them, and treated their testimonies with respect. With this kind of easy charm, Dooley reaches parts of society that other documentary-makers would struggle to, and here, as elsewhere, her work was stronger for it.”
Tom Ough, The Telegraph

“If you know her only through the razzmatazz of Strictly, it’s a surprise to see how low-key her interview technique is. Her silence, with a sympathetic smile, is more effective at coaxing people to talk than bombastic questions.”
Christopher Stevens, Daily Mail

We Are Most Amused and Amazed, ITV

“In television terms the whole shebang was as passé as Mike Yarwood doing Harold Wilson, but less naff than the full-bore Royal Variety. Alexander Armstrong and Ben Miller were urbanely witty hosts, and the show spared Charles any camp music routines, even with the threat of Kylie and Cheryl around, in favour of some insistent magicians.”
James Jackson, The Times

“I’ll Get This is the Beeb’s attempt to replicate the success of Taskmaster. Taskmaster works because an intense sense of competition builds up over each eight-week run. I’ll Get This, by contrast, flops because we never get the time to start rooting for our favourites. And the games made dull viewing.”
Christopher Stevens, Daily Mail