“Strangers is trying too hard to be clever and mysterious, and looking neither as a result” 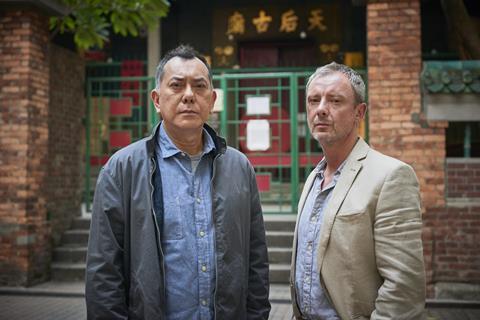 “Strangers is trying too hard to be clever and mysterious, and looking neither as a result. With its top-notch cast and far-flung location, it really should be better than this. That’s the downside of having so many terrific drama series on television at the moment – the odd one that doesn’t hit the mark can seem even less good in comparison.”
Gerard O’Donovan, The Telegraph

“Because of all the autumn drama serials bursting onto our screens, I had the highest hopes for Strangers. Big let-down. The setting is unconvincing, the dialogue is stilted and, worst of all, the characters are not engaging. Three episodes in, I really don’t care what happens to them.”
Christopher Stevens, Daily Mail

“Barely 750,000 tuned in to the second episode of the eight-part thriller last week, with millions more opting for ITV’s execrable Strangers instead. It saddens me. Put on Black Earth Rising. It isn’t terribly fun at times. But it is shaping up to be superb.”
Chris Bennion, The Times

“Black Earth Rising continued to be highly atmospheric and beautifully shot and acted – Michaela Coel being especially impressive – which made up for much and helped skate over the more improbable moments.”
Gerard O’Donovan, The Telegraph

“Throughout this three-part look at the history, art and traditions of the Pacific, James Fox has consistently made clear that his narrative is not the dominant one, which made this defiant final episode all the more compelling. It was a thoughtful, clever programme full of salutary moments.”
Sarah Hughes, The i

“Although Fox is enthralled by the aesthetic possibilities of cultural cross-pollination, the overall effect was to downplay the destruction wreaked by the invaders. I would have liked to see more than the few photographs of Māori subjugation included here. Fox, though, is an engaging and enthusiastic guide.”
Emine Saner, The Guardian