“The lugubrious gumshoe has become a feature of Sunday evenings. A welcome one and very compelling, too.” 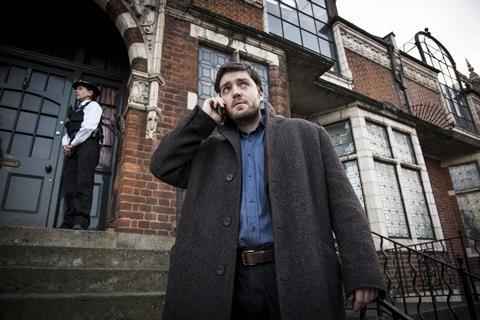 “In TV terms we’ve only known Cormoran Strike for four hours. Yet after one and a bit series he already feels like a familiar fleck on the living room carpet and a welcome face in the TV listings, which shows how plausible, and likeable, Tom Burke has made him.”
Carol Midgley, The Times

“The lugubrious gumshoe has become a feature of Sunday evenings. A welcome one and very compelling, too, as played by Tom Burke. I like this one better. The scene, the people, publishers and agents, rivalry, snarky literary feuds, all ring so true.”
Sam Wollaston, The Guardian

“We’ve only just been introduced but already the small-screen incarnation of JK Rowling’s slouching detective Cormoran Strike feels like an old friend. Burke gets the mix of rumpled magnetism and between-the-cracks soulfulness absolutely right. Despite the guts and gore, catching up with him for his latest excursion was as comfortable as slipping on your favourite tatty slippers.”
Ed Power, The Telegraph

“The combination of gore and smug publishing types came as quite a shock after The Cuckoo’s Calling, the first, more agreeable Strike adaptation broadcast a week ago. There is no reason to suspect the rest of The Silkworm will be anything but enjoyable. It is obvious, though, why it was not the first one to be screened.”
Matt Baylis, Daily Express

“The new series of Cold Feet began as if someone were trying to win a bet: how many clichés is it possible to cram into an opening five minutes? The good news is that it got better, was still glossy and uplifting, but hasn’t yet reached the standard of the last series.”
Carol Midgley, The Times

“It was still solid stuff, well-written and pacily directed. And the cast inhabit their roles like snugly-fitting gloves. But I’m not sure any of the new plotlines are strong enough to sustain another six episodes. A one-off reunion with old mates you haven’t seen for years can be a success through goodwill and good memories. That doesn’t necessarily mean you want to keep seeing them every week.”
Jeff Robson, The i