Sue Perkins: Along the US-Mexico Border; Africa Turns the Page 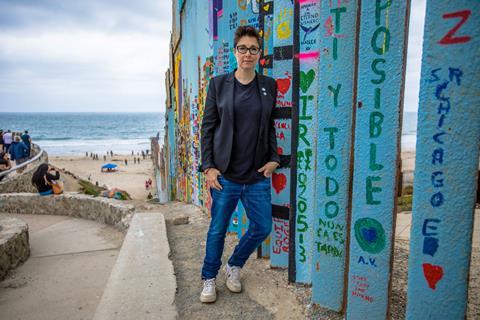 “Sometimes I find it hard to reconcile the Sue Perkins we saw presenting the ghastly, kill-me-now reboot of The Generation Game in 2018 with the Sue Perkins who fronts thoughtful, amusing travel documentaries. Perkins is perceptive and drily funny, as we saw in Sue Perkins: Along the US-Mexico Border.”
Carol Midgley, The Times

“The series felt like an awkward combination of a Mexican travelogue and a hard-hitting film on the issue of migration and the Mexican border. Perkins herself seemed a little unsure which story she wanted to be telling. Despite the confusing tone, though, her ineffable personality remained as watchable as ever.”
Barbara Speed, The i

“The former Bake Off host is an all-round good egg and, when she lays off the innuendo (spoiler: she didn’t), she is a thoughtful, empathetic and winningly ‘ordinary’ travel guide. But this was one hell of a task to hand to a light entertainment presenter. The film made no attempt to analyse, to set things in a historical context, to ask difficult questions. This, as Perkins wended her way east, was a smorgasbord of curio and misery, a tasting menu of human interest and travel documentary-lite occurrences.”
Chris Bennion, The Telegraph

“The parts where Perkins tries to convey and comment on the scale of suffering and the complexity of the factors behind it as she moves along the communities living hard up against both sides of the wall work less well than the lighter sections. It remains a travelogue rather than a documentary, and the format cannot bear too much stress.”
Lucy Mangan, The Guardian

“When she isn’t trying to impress us with undergraduate philosophising about migrants and morality, Sue is an exhilarating travel guide.”
Christopher Stevens, Daily Mail

Africa Turns the Page: The Novels That Shaped a Continent, BBC4

“David Olusoga’s gentle-voiced erudition is a soothing antidote to some of the shoutier, in-your-face presenters of TV history and culture shows. Africa Turns the Page: The Novels That Shaped a Continent was an eloquent exploration of how the African novel has developed since Chinua Achebe’s Things Fall Apart changed the literary landscape in 1958, illustrated with excellent archive interviews with authors.”
Carol Midgley, The Times

“Olusoga showed that novels, perhaps more than other art forms, allow us to fully inhabit the minds and language of others, and that they played an important role in changing Britons’ perceptions of Africa and race. Bernardine Evaristo’s Girl, Woman, Other is a powerful rejoinder to the idea of a single, monolithic black existence in its patchwork of different narrators, challenging the idea that a single voice can speak to all. Olusoga, in his depth of research and number of interviews, pulled off something similar here.”
Barbara Speed, The i