Suicidal; The Troubles; The Capture

“A deeply harrowing feature-length documentary about an epidemic we are failing to address in every sense.” 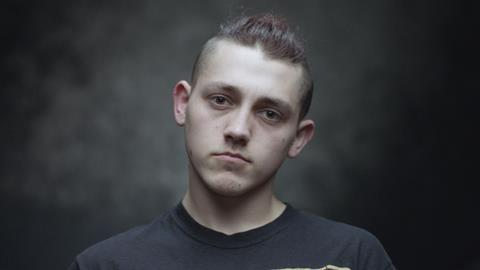 “Both harrowing and heartbreaking. Director Rachel Harvie stood back and let her interviewees tell their stories, which served as both therapy and confessional.”
Adam Sweeting, The i

“A deeply harrowing feature-length documentary about an epidemic we are failing to address in every sense. It approaches the appalling statistic that a man takes his own life every two hours in the UK, not by exploring the impact of toxic masculinity or brutal cuts to mental health services, but by letting suicidal men speak for themselves.”
Chitra Ramaswamy, The Guardian

“There was no effort to politicise these stories – to theorise about the social causes or bang the drum for mental health funding. In two cases, the subjects were able to confront specific causes of their despair and find a purpose. But it is slow thankless work for all parties, who were honoured and respected in this discreet and sensitive film by Rachel Harvie.”
Jasper Rees, The Telegraph

“Need it be said that Suicidal was the bleakest thing you’ll see this week? That the footage of the men talking about why ‘living is hell’ seemed so mundane made it all the more disturbing. Such frank admissions bookended by alarming statistics confirmed this film as a vital channel of discourse.”
James Jackson, The Times

The Troubles: A Secret History, BBC4

“The title promised revelations, and while it took more than an hour to get a jaw-dropping one, it delivered. It’s hardly news that Martin McGuinness was involved with IRA terrorism, but it felt astonishing to see him there in colour footage lurking next to a bomb in a Volkswagen.”
James Jackson,The Times

“Darragh MacIntyre has ferreted out interviews with participants from all sides, from British army officers to politicians and former IRA men, and you got the sense that nobody involved has slept very easily since.”
Adam Sweeting, The i

“Ignore the sheer improbability of it and The Capture is a well-crafted drama, with long slow spells of bubbling tension that boil over into violent action.”
Christopher Stevens, Daily Mail