“The access the director got was extraordinary, but then I suppose swinging might incorporate a touch of exhibitionism” 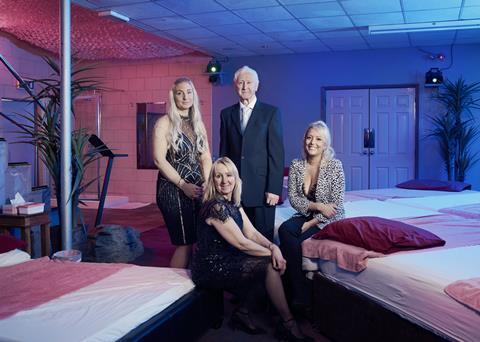 “I thought Swingers might provide some car-keys-in-the-fruit-bowl light relief, but oh Lord, the trauma! Is there a sadder sight than a weeping woman in sussies and stockings being comforted by her deflated husband because they have been ‘kicked out’ of a group shag? The access the director got was extraordinary, but then I suppose swinging might incorporate a touch of exhibitionism.”
Carol Midgley, The Times

“Swingers was a surprisingly sweet film about one of the UK’s most popular fetish and swingers’ clubs. Airing at 10pm on Channel 4, it was clearly intended to attract ogling viewers. Yet producer/director Tom Green avoided sensationalism or gratuitous titillation in favour of quiet observation and more intimate insights.”
Michael Hogan, The Telegraph

“Swingers offered unabashed, no-holds-barred access, and, rather than a display of glitz and glamour, the result was a pleasingly banal look at British swinging, and a human view of those on the scene.”
Barbara Speed, The i

“Watching a Vanessa Engle documentary is like watching a really good cleaner tackle a cluttered, filthy room. Like so many of Engle’s previous films, it succeeded in laying bare the human frailties we try to guard against individually, but which, when they infest an collective endeavour or an institution, bring about disproportionate destruction and harm.”
Lucy Mangan, The Guardian

“Engle talks good interviews out of people. [But] there were odd omissions – why was so little time dedicated to Tom Watson, who encouraged Beech to go to the police, initially supported Beech and gave credence to the paedophile ring claims?”
Anita Singh, The Telegraph

“The best contributor to Vanessa Engle’s film was Dawn Beech… It was a welcome moment of humour in a largely infuriating hour. Notable by his absence was Tom Watson, who encouraged Beech to go to the police with his claims. It felt odd that he didn’t appear here and was only briefly mentioned, the police getting the most criticism.”
Carol Midgley, The Times

“It was disappointing that this film spent so little time on that burning question: why did Beech do it? It felt like a missed opportunity to discuss the sad fact that those who are abused sometimes become abusers – and that something in Beech’s past may have traumatised him beyond repair. Instead, we were left with more questions than answers.”
Barbara Speed, The i