“If you want a thoughtful, intelligent and, naturally, thoroughly depressing recent history of Syria, you have it here.” 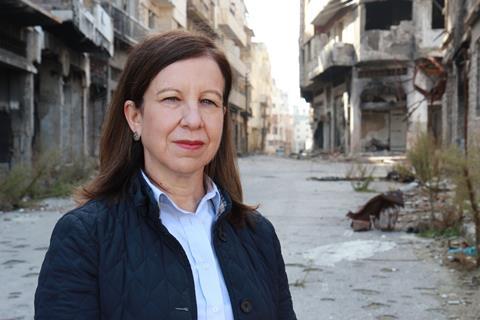 “There is no shortage of horrific footage from Syria to fill an hour’s TV — we see it frequently on the news — but Doucet’s skilful film used it relatively sparingly and thus to greater effect. If you want a thoughtful, intelligent and, naturally, thoroughly depressing recent history of Syria, you have it here.”
Carol Midgley, The Times

“This tremendous – and necessarily distressing – documentary, fronted by the veteran correspondent Lyse Doucet, begins with the now stock phrases and statistics that trick us into thinking we know this war. It is a documentary that is so nuanced it left me more confused than when I started.”
Chitra Ramaswamy, The Guardian

“Lyse Doucet attempted to provide an objective account of how we got here, and to put a human face on what for most is a distant war. But her measured approach at times left viewers with the challenge of working out whose version of the truth they believed. She did not attempt to provide answers to Syria’s seemingly intractable problems, but this first instalment of her two-part programme was a useful reminder of how things have spun out of control.”
Emma Gatten, The Telegraph

“Doucet, who facilitates the documentary rather than presents it, sprinkles the background stuff in while concentrating on the human stories. It’s hard to watch, children gasping for breath after a chemical attack, a woman attacking the corpse of a sniper, horror scenes in the slaughtered village of Al Hawiyah. Almost as hard to bear are the interviews with the smug, grey-suited Syrian official, lying through his teeth.”
Matt Baylis, Daily Express

“Britain’s Best Home Cook won’t win any prizes for originality, being the obvious bastard child of MasterChef and The Apprentice, but it does have the quality presence of Mary Berry and Claudia Winkleman, so it should be OK.”
Carol Midgley, The Times

“The main problem was that this all felt wearingly familiar, from the generic title downwards. It was as if the creators had thrown a handful of existing hits into a blender, then poured the resultant mush onto our screens. Such series often start shakily… On this evidence, though, Britain’s Best Home Cook was overdone, derivative and a TV cooking contest too far.”
Michael Hogan, The Telegraph

“Just another way of repackaging the same story they’ve been selling us all week, but with extra emphasis on the groom and his amiable, occasionally mischievous personality. What marked this documentary out was the range of contributors, who abounded from every area of the Prince’s life and interests.”
Gerard O’Donovan, The Telegraph

“This was an obvious hoax. If this is the best True Horror can offer, it’s a pity, because the first episode — chronicling the scary phenomena that accompanied a middle-aged father’s mental breakdown at a remote Welsh cottage — was thought-provoking. This one was just silly.”
Christopher Stevens, Daily Mail

“The first episode troubled me for a long time afterwards. I didn’t suffer the same symptoms with last night’s apparently real-life story. Things veered into farce as the troubled boys called in a local psychic research group who, in true Ghostbusters fashion, arrived with devices and workmanlike atitudes.”
Matt Baylis, Daily Express

The World’s Most Extraordinary Homes, BBC2

“Every one of the houses lauded by Piers and his co-presenter, actress Caroline Quentin, was unwelcoming and uncomfortable. This show is like Location, Location, Location for fans of Sixties shopping centres — cement wastelands with the aesthetic appeal of a hollow breezeblock.”
Christopher Stevens, Daily Mail