“There is always a hokey melodrama lurking beneath. But series four has started with enormous promise” 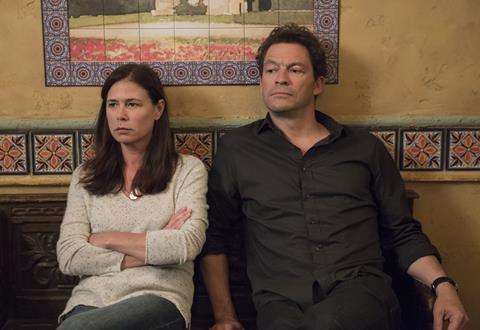 “This is an excellent episode. Perhaps it is too soon to say it is a return to form, but for those who did stick around it offers not just a new coast but new hope.”
Sam Wollaston, The Guardian

“There’s a ludicrous subplot in which Alison is a missing person, reminding us that for all the beauty and brains on the surface of The Affair, there is always a hokey melodrama lurking beneath. But series four has started with enormous promise.”
Chris Bennion, The Times

“Bear’s Mission with Warwick Davis was a piece of filler TV which did no one involved any real favours. There could have been something strangely touching about this odd couple’s Cumbrian odyssey had there been more chat and less gung-ho theatrics – as it was, I felt they really never got to know each other.”
Ben Lawrence, The Telegraph

“A yomp across the Lake District with the head of the Scouts and an affable actor sounds pleasant enough, but Bear Grylls could turn a family barbecue into a headache-inducing, extreme-sports stag do. He arrived, for no reason at all, shouting in a helicopter, transforming the tranquil Cumbrian hills into Dien Bien Phu.”
Chris Bennion, The Times

“Any inspiration this Mission might have supplied was neutralised by Bear’s insistence on flaunting his own logo on his brandname clothes. If his message is that everyone can enjoy the great outdoors, it’s undermined by the implication that we should only attempt this while wearing the Bear Grylls gilet and underpants, with concealed fish pocket.”
Christopher Stevens, Daily Mail

“It’s a clumsy title but it does sum up the documentary’s greatest significance: it will be a terrific help to anyone at any age, but especially the young, facing a cancer diagnosis.”
Christopher Stevens, Daily Mail

“Currently, there is a shortage of early-stage clinical trials testing new cancer drugs in children, thus impeding any efforts to improve survival rates from paediatric cancers. In a documentary that strove hard to be cheerful, it was this important point which resonated the most.”
Ben Lawrence, The Telegraph