The Apprentice; The Truth About Your Sandwich; Murder Case; The Haunting of Bly Manor; The Right Stuff

“A right old laugh and far better than the regular series” 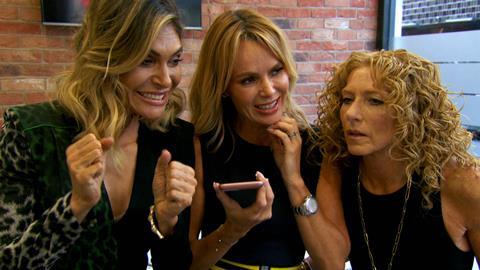 “The Apprentice: Best Bits is a right old laugh and far better than the regular series. The look back at the celebrity version was entertaining, and not just because the women’s team trounced the men’s team every time. Watching Kirstie Allsopp stropping off to bed after a tiff with Jacqueline and furiously pushing the buttons on a lift was delicious.”
Carol Midgley, The Times

“This compilation, comprised of celebrity editions for Comic Relief and Sport Relief, at least had the justification of showing how to earn hundreds of thousands of pounds for charity. Most of these candidates were far more competent than the usual idiots.”
Christopher Stevens, Daily Mail

The Truth About Your Sandwich, Channel 4

“Perhaps Channel 4’s lawyers had been busy ripping up the script and binning footage, but the truth as presented here was unexciting. A much bigger story was mentioned: the listeria outbreak that killed six hospital patients and was traced back to pre-packaged sandwiches. A documentary looking properly at this subject would have been worthwhile.”
Anita Singh, The Telegraph

“Such a deadly simple idea, yet Taggart or Rebus might never have thought of it. Murder Case sat down with a team of hardened detectives and asked them what their job was like — how it felt to investigate a killing? These interviews drew candid admissions from the coppers that revealed their psychology as expertly as a crime novelist.”
Christopher Stevens, Daily Mail

The Haunting of Bly Manor, Netflix

“While The Haunting of Bly Manor is well acted and lavishly produced, it tumbles at the first and only hurdle. It isn’t nearly terrifying enough. Writer Mike Flanagan is to be applauded for his ambition. However, the mannered entertainment that results feels like a waste of the raw materials assembled. It’s like putting Jason Statham in a film and not having him kick anyone in the face. You could do it, sure – but to what end?”
Ed Power, The Telegraph

“The Right Stuff doesn’t reach for the stars, but looks back to the Earth from which the phenomenon of astronauts and space travel, the glamour and the myths grew, along with the appetites they fed, and is all the more interesting for that.”
Lucy Mangan, The Guardian