“The Apprentice isn’t what it once was, but it’s still very much worth our time.” 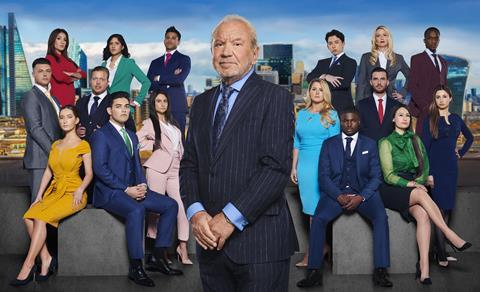 “Only one thing has remained wholly unaltered over the years, and that’s the reliably astonishing blend of callowness, greed, arrogance and stupidity that is the hallmark of many of the candidates. On first view this series won’t be any different in that respect.”
Gerard O’Donovan, The Telegraph

“Fifteen years on, The Apprentice isn’t what it once was, but if last night’s laugh-a-minute premiere is anything to go on, it’s still very much worth our time.”
Emily Baker, The i

“Undeniably this is a good formula that usually delivers, but the characters are indistinguishable from year to year. Wouldn’t you think that one of them, by now, would try to be counterintuitive, try to stand out from the crowd of ghastly office bores by changing tack and being the opposite, an introvert who shrugs and says something normal such as, ‘I probably won’t win, but I’ll do my best’.”
Carol Midgley, The Times

“I couldn’t help mocking and sneering at some of the candidates. That is the point of The Apprentice, after all: these idiots are hand-picked for us to ridicule. Lottie is so irritating there ought to be a cream available for her at the chemist’s.”
Christopher Stevens, Daily Mail

“There is tension and bitching, but it is low-level and slightly camp, of the ‘Well! I think her colour scheme is dreadful’ variety. However, there is a wholesomeness to this show that illustrates that you can moderate language and behaviour yet still have a decent competition conducted in a civilised way.”
Carol Midgley, The Times