The Banksy Job; Industry; Accused; The Truth About Amazon

“This crowd-funded documentary was like a Guy Ritchie movie without a script.” 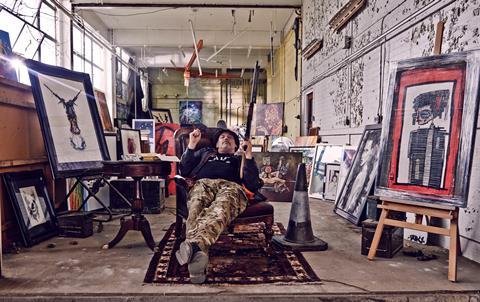 “The makers of The Banksy Job clearly believed that they were telling the incredible story of a once-in-a-lifetime art heist. But this crowd-funded documentary was more like a Guy Ritchie movie without a script. It was full of cheeky geezers and naughty antics yet ultimately as hollow as the cast-iron statue at its centre.”
Ed Power, The i

“The series is now in danger of really taking the biscuit. The constant acts of horniness are becoming self-parodic, and now even the nice boss, Eric (Ken Leung), is screaming at his protégée Harper (Myha’la Herrold), reducing her to a whimpering blob of jelly. I’ll stick with it, if only for Derek Riddell’s increasingly intriguing Clement Cowan and for the way the dialogue offers a killer line every few minutes.”
James Jackson, The Times

“As a critique of predatory capitalism, Industry continued to deliver its message with a broad brush: everyone was greedy and immoral and prepared to stab co-workers in the front, back and sides to get ahead. It is silly, hormone-fuelled escapism, and surely an oversexed distortion of life in the City. But that doesn’t stop it from being the most addictive thing on TV.”
Ed Power, The i

Accused: Trial in the Outback, Channel 5

“For those like me who know the story only from the 1988 movie A Cry In The Dark, with Meryl Streep as grieving mother Lindy, the real-life intensity of hatred her murder trial provoked seems extraordinary — even by today’s standards of nastiness on social media.”
Christopher Stevens, Daily Mail

“The intensity of the witch-hunt is the most compelling aspect evoked in the epic two-part documentary. How sick such human behaviour seems, looking back from a distance.”
James Jackson, The Times

The Truth About Amazon: Can You Trust It This Christmas?, Channel 4

“Presented by Helen Skelton and Sabrina Grant, this outcropping of Channel 4’s consumer rights franchise, Supershoppers, eschews anything like a full-blooded excoriation of Bezos or his behemoth. Like the original, supposedly one-off, documentary earlier this year, the series prefers to mix little more than a hint of hard truth with copious amounts of soft soap.”
Lucy Mangan, The Guardian

“It was impressive just how much like business as usual the 2020 event felt. ITV’s Jason Manford was a relaxed host, who didn’t appear in the least nonplussed to be cracking wise to a room full of flatscreen TVs. This hasn’t been a vintage year and it wasn’t quite a vintage Royal Variety Performance. But it was full of heart. And just to get across the finish line was its own kind of victory.”
Ed Power, The Telegraph