“If its intention was to make Daily Mail readers’ nostrils flare and blood pressure soar, I’d imagine it will have succeeded.” 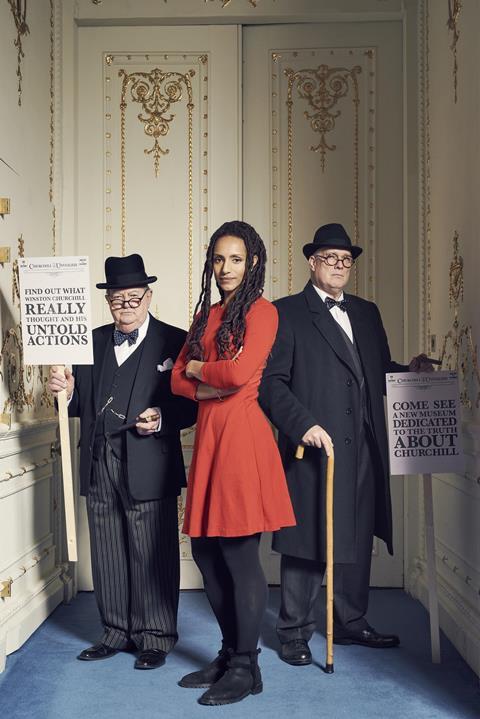 The Battle for Britain’s Heroes, Channel 4

“If the intention of Afua Hirsch’s The Battle for Britain’s Heroes was to make Daily Mail readers’ nostrils flare and blood pressure soar, I’d imagine it will have succeeded. Actually, as a bit of leftie iconoclasm from Channel 4, this was more nuanced than that.”
James Jackson, The Times

“Rather than pulling down statues and rewriting textbooks, Afua was arguing for a balanced view. Let’s make sure our heroes, Nelson, Churchill, whoever, are presented warts and all. You couldn’t really argue with it, except to say that’s not really what having heroes, national or otherwise, is all about.”
Matt Baylis, Daily Express

“Everyone here was impressive — the teachers at the local grammar, secondary modern and primary, and the pressured 10-year-old pupils themselves. While raising pertinent points in the selective education debate (apparently private tuition is overrated), the programme tried to remain even-handed.”
James Jackson, The Times

“I wondered about the damaging effects of filming the selection process on its young subjects; dramatically heightening a process which is already difficult enough. Nevertheless, the programme was enlightening, highlighting how the system exists in a sort of pressure cooker with even the most competent of teachers prone to outbursts of emotion.”
Ben Lawrence, The Telegraph

“The programme makers had already decided that selective education was a Bad Thing, and the programme was clumsily weighted to prove it. Most of the featured children did not pass. Those who did, the voiceover told us, kept quiet about it, as if awkwardly ashamed. I find that very hard to believe — it’s the biased perspective of a Leftie documentary that would prefer to see all children fail than have only some succeed.”
Christopher Stevens, Daily Mail

“Four Men, 174 Babies: Britain’s Super Sperm Donors displayed about as much insight and intelligence as the would-be mothers it interviewed… and at least they had the excuse that they were desperate for babies. It delivered no analysis, offered no debate and, except for a couple of ten-second comments by a ‘fertility lawyer’, brooked not one word of criticism.”
Christopher Stevens, Daily Mail

“The quartet we met did not seem especially sinister but nor were they convincing as Robin Hoods of the fertility market. One man seemed to enjoy the secrecy of it all, the hook-ups, the assignations, the handovers, it was like a John le Carré plot but with test tubes and bathrooms.”
Matt Baylis, Daily Express