The Battle of Britain: 3 Days that Saved the Nation; Stateless; The Choir: Singing for Britain 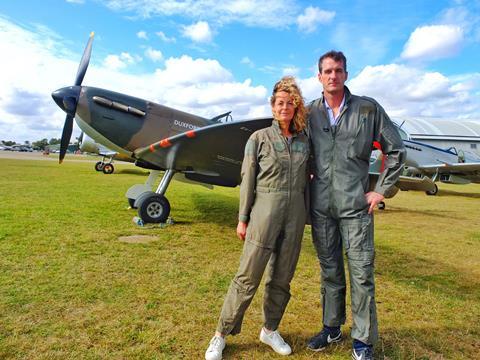 The Battle of Britain: 3 Days that Saved the Nation, Channel 5

“After the fanfare around VE Day in May, at least Channel 5 has had the good grace not to forget that it’s also 80 years since the Battle of Britain. And hats off too for finding new things to say about it. With all the hours of Second World War documentaries spread across our channels, it’s some wonder that the stories here were so fresh and unfamiliar. There was a whiff of the recent series My Grandparents’ War here, something that suggests that this approach — finding the very human experiences of war — is a seam ready to be mined by TV for years to come.”
James Jackson, The Times

“The programme mixed archive footage, Who Do You Think You Are?-type sequences where descendants of the Battle of Britain crews took us back to 1940, and some mocked-up flying scenes featuring surviving versions of Spitfires and the German Messerschmitt 109. Instead of padding the series using clips from Guy Hamilton’s Battle of Britain, they have dug up some strong human-interest stories. The tale of Scottish flying ace Archie McKellar, the son of a plasterer from Paisley, and his precocious gift for flying was all the more fascinating for being little-known. Watch the first of these films and I guarantee that you will end up watching all three.”
Adam Sweeting, The i

“Stateless follows four main characters, tracing their disparate routes into the Australian detention centre for illegal immigrants in which all are incarcerated or employed. The six episodes weave the stories together with a sure hand and a careful eye, avoiding all sorts of common traps. The white woman’s story never takes over and Ameer’s never becomes generic. It does not become about one man’s guilt, but interrogates a system that relies on complicity, blind eyes and a lack of political will to change it. Those in charge are not evil but harried, cogs in a machine into which their superiors fling more and more shit.”
Lucy Mangan, The Guardian

“Non-linear storytelling is a technique that is flogged to death these days – and it’s not always effective (BBC One’s The Luminaries being a recent case in point). But it’s used cleverly here, both to keep us viewers on our toes and to mirror Sofie’s confused, muddied mind. The series isn’t subtle in its message, but nor does it need to be. Much like how we saw in BBC One’s Windrush drama Sitting in Limbo, it doesn’t take much to shine a light on the true inhumanity of how the people caught up in the system are treated. But it refrains from painting everyone in authority as either purely evil or a mindless drone.”
Catherine Gee, The Telegraph

“In this final episode, he focused on the “shielded”, people who through age or medical condition have spent months under a kind of house arrest. Considering Gareth Malone has been masterminding his quest over broadband links from his garden shed, he has managed to tap into an amazing shared reservoir of pent-up emotions.”
Adam Sweeting, The i