The Billion Dollar Art Hunt; Who Do You Think You Are?

“This was a fascinating look at the high-stakes world of art theft.” 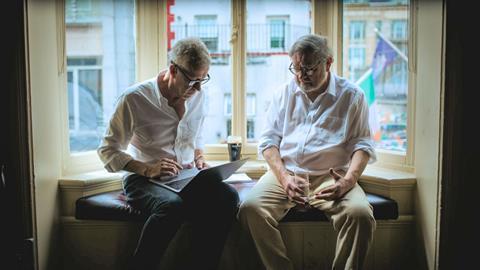 “The documentary, fronted by BBC arts journalist John Wilson, made for a rollicking ride. This was a fascinating look at the high-stakes world of art theft and the authorities who are desperate to get the works back, even if it means pardoning criminals.”
Barbara Speed, The i

“John Wilson’s documentary was entertaining and frustrating. However, the value was less in the destination (although a money-shot discovery would have been nice) and more in the ‘journey’ as we saw Wilson and the art detective Charley Hill becoming ever more tetchy. Yet in a way this made for better TV, unscripted, slightly chaotic and posing an interesting dilemma.”
Carol Midgley, The Times

“From the off, we knew that this investigation would end in failure. If $1 billion worth of stolen art had been discovered behind the plasterboard of a Dublin semi, it would have been all over the news, wouldn’t it? Yet the story was engrossing precisely because we – and Wilson – were never quite sure if this was a wild-goose chase, or if he really was onto something. Wilson managed to make a virtue out of how little he was finding out.”
Anita Singh, The Telegraph

“To me and, I imagine, my fellow philistines there is something innately soothing about stories of art thefts and their investigations. The crisscrossing tracks and clues, and the delicacy of Hill’s and other experienced parties’ negotiations and hunches, make for a fine, compelling story.”
Lucy Mangan, The Guardian

“There was precious little scope for comedic asides in David Walliams’s Who Do You Think You Are? The tragic story of his great-grandfather John Boorman, who fought at the Somme and Passchendaele, reminded us that surviving the war could still mean the end of your life as you knew it. It was so sad you could have almost done with one of Walliams’s silly voices to lighten the mood.”
Carol Midgley, The Times

“Despite the odd knowing reference to Britain’s Got Talent, Walliams wasn’t hamming it up. He was gently funny in all the right places, which were fairly few. And I welcomed his frankness when discussing his reasons for appearing on the programme. The great skill of this programme is its ability to switch tone, from heartbreaking to heartwarming, and this episode did it well.”
Anita Singh, The Telegraph

“The talent show judge was taken aback to discover that his maternal grandmother’s family were itinerant fairground folk, who lived in a showman’s caravan and toured the country by traction engine. The family history explains why he’s an entertainer to the tips of his fingers. Unlike most celebs, Walliams came to the show with a few prepared quips.”
Christopher Stevens, Daily Mail

“The stories were fascinating and showed the brutality of life in 19th- and 20th-century Britain for those who didn’t fit the mould. What felt missing from the narrative was any soul-searching by Walliams. He was shocked at the conditions and stigma faced by his relatives and amazed by their ‘resilience’ in the face of it all, but it was hard not to draw at least a faint parallel with the kind of jeering at minorities and ‘chavs’ Walliams’s own comedy was once known for.”
Barba Speed, The i

“David Walliams does have a decent enough backstory, and a moving one. Walliams himself though is not an especially likeable man. He seems permanently underwhelmed, and a bit off-hand with some of the professional historians who’ve done all the heavy work in the archives.”
Sean O’Grady, The Independent