The Black Full Monty; Can We Cure Kids’ Cancer?; I Am Not a Rapist; The Duchess; Julie and the Phantoms

“This was a fun and surprisingly sweet programme” 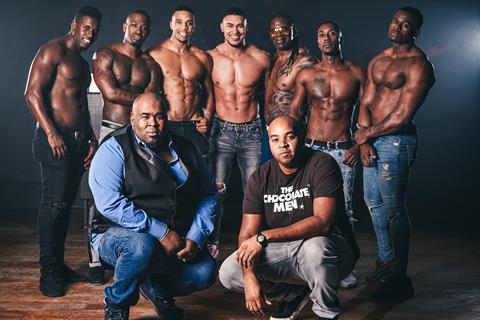 “Good lord, The Black Full Monty didn’t leave much to the imagination. Rarely have I polished my spectacles so vigorously. Was this empowerment or exploitation? Reinforcing racial stereotypes or people making a decent living selling a fantasy to a happy audience? It didn’t answer one way or the other; the answer was possibly both.”
Carol Midgley, The Times

“This was a fun and surprisingly sweet programme, despite the best efforts of the po-faced chap behind the camera who kept posing questions.”
Anita Singh, The Telegraph

Can We Cure Kids’ Cancer?, Channel 4

“Deborah Lovett’s exceptional film was about resilience and pragmatism. The terrible sadness endured by the families was only ever alluded to. Exactly right – other people’s grief should not be exploited for our entertainment.”
Rupert Hawksley, The i

“It is unusual for a film to focus on men falsely accused of the crime. I Am Not a Rapist felt like a bold commission. The documentary was strong on the emotional toll this all took, not just on the young men but on their families.”
Anita Singh, The Telegraph

“Some of the six-part series is outrageously funny. Parts are bracingly mould-breaking. Sadly, the whole thing is something of a distasteful failure.”
Michael Hogan, The Telegraph

Julie and the Phantoms, Netflix

“Netflix might just be on to something with Julie and the Phantoms, a sweet show carefully confected to unite every post-Saved By the Bell generation of TV-watching teens. It harks back to a happier, simpler time but, hopefully, not in a way that today’s young people find obnoxiously oblivious to their current crises.”
Ellen E Jones, The Guardian