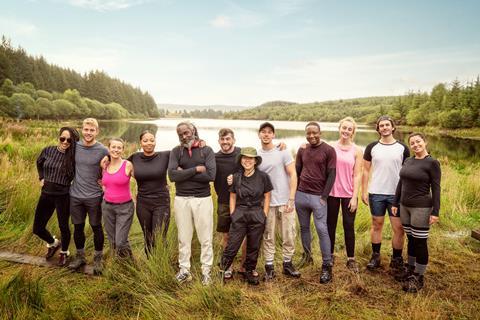 “Channel 4’s new reality series The Bridge resembled a damp, faintly exploitative and rather depressing real-life Lord of the Flies experiment. It was hard not to feel that both the selection of the contestants and the challenges of the programme were manipulative.”
Anna Berhmann, The i

“An impossible challenge, arbitrary rules, incomprehensible communiques and a clueless leader with boundless self-belief who does admittedly look good… The Bridge might seem at first sight to be a half-baked game show but it may be, in fact, a razor-sharp political satire on the Covid crisis. As with most Channel 4 reality shows, from Hunted to The Island With Bear Grylls, the footage is so heavily edited that it’s hard to be sure what you’re watching.”
Christopher Stevens, Daily Mail

“The dynamics of the group are interesting: old and young, privileged and poor. At the end of the episode, a young man called Luke was offered the chance to betray the people he’d known for two days and bank £5,000. It feels worth tuning in next week to see what he decides.”
Anita Singh, The Telegraph

“Despite the obvious contestant-goading there is an interesting psychological experiment here. Will people do deals, have side-bets and form allegiances so they can agree how to vote and split the money later? You would need to do your calculations carefully and be sure your buddies weren’t making other pacts elsewhere. Although I’m not sure I care enough to last five episodes.”
Carol Midgley, The Times

“Enslaved is a sobering US documentary series which sets out, in a clear and incontrovertible manner, the horrors of the slave trade. It is presented by Hollywood actor Samuel L Jackson, but is far from being a shallow celebrity vehicle.”
Anita Singh, The Telegraph

“Jackson may be a Hollywood titan, but he came across first and foremost as a man desperately searching for answers in this extraordinary opener to the four-part series. He was out of breath, vulnerable, awe-struck and deeply moved. For the viewer, the response was much the same.”
Anna Berhmann, The i

“The star power of Jackson would, you would hope, be enough to bring in a new audience to this subject. But where it might leave viewers a little confused is in the extensive coverage it gives to the diving mission. Instead of being the dessert once you have enjoyed the main meal, it runs in parallel, constantly interrupting the flow – as if a malfunctioning TV remote keeps switching you to a Jacques Cousteau documentary.”
Joseph Harker, The Guardian

“This documentary flitted about, sometimes a little disjointedly, between Africa, the Americas and England as Jackson and Afua Hirsch narrated the shameful history of slavery along with all its complexities.”
Carol Midgley, The Times