“An excellent, meticulous film about a tragedy in which there were no winners, only losers.” 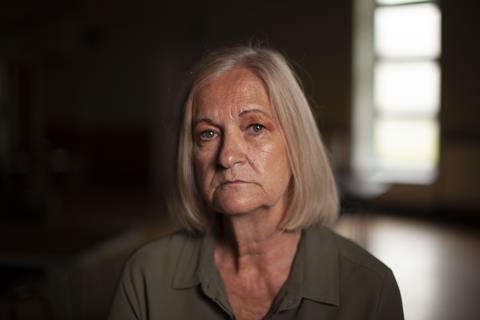 The Case of Sally Challen, BBC2

“The film delved deeper than most into the intricacies of the case, and the main players’ psyches, tracing the filaments of each without becoming either tangled up or intrusive.”
Lucy Mangan, The Guardian

“The documentary was structured in such a way that, in the beginning, Challen’s guilt seemed in little doubt. Separated from her husband, she remained in love with him and was obsessively jealous of his relationships with other women. Richard Challen was not a good man. But the programme, to its credit, was not simply cheerleading for Sally’s case.”
Anita Singh, The Telegraph

“It wasn’t explained why only one of her sons appeared in the film (both support her), and we got little time with the now freed Sally. But it was an excellent, meticulous film about a tragedy in which there were no winners, only losers.”
Carol Midgley, The Times

“Director Rowan Deacon made no attempt to massage the facts. Car dealer Richard Channen was a rapist and a sadist, who took the girl he met at 16 and subjected her to 40 years of cruelty. The only people who emerged from this sordid story with any dignity were their sons, James and David. This case may represent a legal landmark, but there was nothing to celebrate.”
Christopher Stevens, Daily Mail

“Things don’t get much more festive than Lucy Worsley in crushed velvet. With our presenter trussed variously in Tudor-wear and modern velvet frocks, Lucy Worsley’s Christmas Carol Odyssey galloped us, with the help of excellent choirs, through the origins of the carols hit parade, revealing that some of the majestic big-hitters began life as limp poems.”
Carol Midgley, The Times

“This combination of quirky facts, sentimental tales, courtly grandeur and light flirtation played to all her strengths. She was plainly having a lovely time and, when Professor Lucy is happy, entertaining telly follows naturally.”
Christopher Stevens, Daily Mail

“Traces was a decent attempt at mixing rubber glove-snapping forensic sleuthing with family psychodrama. Unfortunately, it was far too formulaic. Still, this opener was absorbing in places and dropped enough promising hints that the series might catch fire.”
Michael Hogan, The Telegraph