The Cure; Heston’s Marvellous Menu: Back to the Noughties; The Witcher

“The cast were uniformly convincing, even the antagonists” 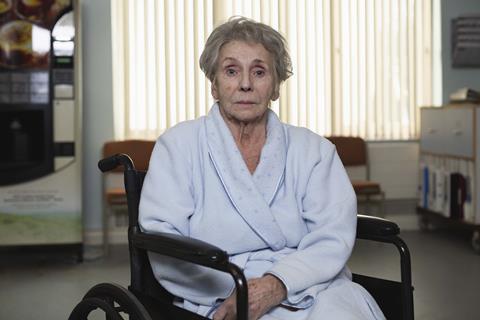 “The form of The Cure did not quite live up to the content. The first half coasted on the simple horror of seeing someone treated so badly by those we assume are there to protect us. And, like Responsible Child, it struggled to keep the energy going through the bureaucracy-heavy process of bringing about the investigations.”
Lucy Mangan, The Guardian

“The cast were uniformly convincing, even the antagonists – it can’t be the most joyous acting job playing “heartless bureaucrat” or “callous nurse No2”. This was an Erin Brockovich-style tale of one woman against the system. From Bailey’s family to whistle-blowing nurse Helene Donnelly (Tamla Kari) and watchdog Dr Heather Wood (Georgie Glen), it was firmly female-led.”
Michael Hogan, The Telegraph

“90 minutes was perhaps not long enough to show fully the nuances of how this was allowed to happen in plain sight and how Julie Bailey became a hate figure to many who resented her attacking the cherished NHS.”
Carol Midgley, The Times

“At times, the characters were so starkly drawn — monstrous ward sister, cynical consultant — that this was not so much a TV drama, more a medieval morality play. But it’s easy to believe some of the characters at the notorious Stafford hospital in 2007 really were like that.”
Christopher Stevens, Daily Mail

Heston’s Marvellous Menu: Back to the Noughties, BBC2

“Blumenthal is obviously a punk-chef genius, this was a decent caper and it was no doubt orgasmic for foodies, but you’d think we were going back to olden times before Britain had seen cars or pineapples the way this was treated like distant time-travel. Guys: it was 18 years ago.”
Carol Midgley, The Times

“It’s baffling that Heston, who so prides himself on being an innovator and iconoclast, should want to take part in such an insipid show. There was barely enough meat here for one mouthful. At one point we were reduced to watching the maitre d’ leafing through photos of the restaurant’s old chairs.”
Christopher Stevens, Daily Mail

“The inevitable comparisons with the George RR Martin phenomenon will do The Witcher few favours. For one thing, this eight-part adaptation of the popular Andrzej Sapkowski novels lacks GoT’s grandeur, slyness and exquisite politicking. It is also often difficult to follow.”
Ed Power, The Telegraph

“Post Game of Thrones, any sword and sorcery drama arrives with a massive weight of expectations. But on the evidence of the opening episode, The Witcher is sufficiently different for any fan of the genre to give it a look. If dialogue such as, “I have a kikimora for Lord Irion” has you sniggering, this is probably best avoided. But if you like drama where it’s always a time of war, and indeed a time of heroes, this could be your next box set binge.”
Jeff Robson, The i