The Day Mountbatten Died; Stath Lets Flats; Who Do You Think You Are?

“Essential viewing for our leaders” 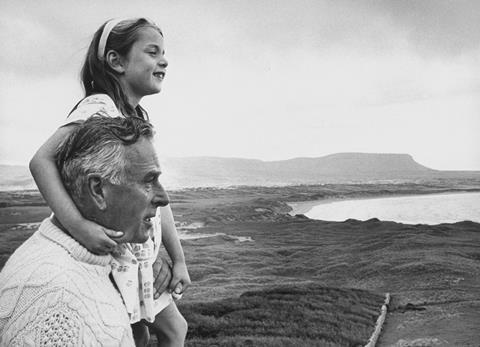 “The film is a plea to remember, while skilfully telling the story of the day – and the context in which it took place – mainly through those who were there. There was nothing truly revelatory here, not even the fairly flat disclosure from Kieran Conway, the one-time director of intelligence for the IRA, that an assassination attempt on Mountbatten had been considered four years earlier. But there was plenty of genuine feeling.”
Emine Saner, The Guardian

“The Day Mountbatten Died is Sam Collyns’s powerful commemoration of one of the blackest days of the Troubles, when the IRA murdered British royalty and blew up 18 members of the Parachute regiment, while an innocent civilian was shot in error. The 40th anniversary falls with the troubled border once more at the heart of geopolitics. “The problem with peace,” concluded the veteran Irish journalist Olivia O’Leary, “is you have to keep working at it.” Essential viewing for our leaders.”
Jasper Rees, The Telegraph

“The great strength of Collyns’s film was revealing the unique tensions that existed in the area — Mullaghmore was only 18 miles from the border with Northern Ireland and had deep connections with the Republican movement.”
Joe Clay, The Times

“It’s understood that the BBC has an obligation to be impartial, and that by including interviews with former IRA terrorists the corporation in no way condones their brutality. But the very language of impartiality, the talk of ‘volunteers’ and ‘campaigns’ and ‘operations’, dignifies the slaughtermen. Call them what they were: psychopaths, glory-seekers and callous criminals. To explain the historical context, compile the fragmented accounts of the survivors, assess the long-term damage and pay tribute to the dead required a delicate balance. As a result, the documentary sometimes felt piecemeal, but never superficial.”
Christopher Stevens, Daily Mail

“’Piecemeal’ is a good word to describe the first series of Stath Lets Flats, a sitcom about a brother and sister (Jamie and Natasia Demetriou) trying to run their father’s letting agency as he prepares to retire. The episodes lacked flow. Each one felt like a collection of sketches, clumped together. But the Bafta judges adored it, and nominated both Jamie and the show (which he writes) for awards.That success has inspired a new confidence and he returned as tongue-tied as ever but with a fleshed-out story for his characters. This time Stath is going to be a dad, following a one-night stand, though he can’t quite grasp it.”
Christopher Stevens, Daily Mail

“It’s always fun when Who Do You Think You Are? follows a celebrity not originally from the UK, as it means we’ll definitely get out of the country for more interesting climes and Katherine Ryan’s trip over to Canada in last night’s episode did not disappoint.”
Emily Baker, The i