The Day William and Kate Got Married; When Nudes Are Stolen; Sitting; Grey’s Anatomy

“For a royal documentary, it was surprisingly entertaining” 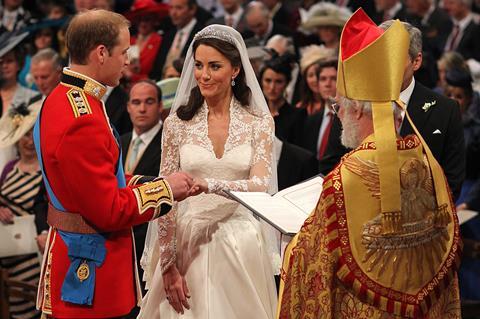 The Day William and Kate Got Married, ITV

“The Day William and Kate Got Married sounded like desperate, post-Easter schedule-filling fluff-stuff, but was far better than its dull title suggested. Rarely for royal retrospective clip shows, it offered something fresh, namely interviews with some of the less famous wedding guests. For a royal documentary, which are so often boring recycled churn, it was surprisingly entertaining.”
Carol Midgley, The Times

“The producers coaxed lovely anecdotes from some of the ‘ordinary’ wedding guests. Mostly, the programme was an enjoyable look back at a happy day. But the odd sour note crept into the voice-over. Come on, ITV, nobody likes a bitchy wedding guest.”
Anita Singh, The Telegraph

When Nudes Are Stolen, BBC1

“Is there anybody left on the planet who thinks that posting naked photos of yourself is a good idea? It was a depressing tale and a cautionary one.”
Carol Midgley, The Times

“In terms of its argument, When Nudes are Stolen was confused about what exactly it was calling for. But as a portrait of how these crimes affect victims, it asked important, difficult questions.”
Barbara Speed, The i

“It was a documentary that needed to be watched without judgment, particularly by those of us who grew up in a world before selfies and social media. The film was timely, given the ‘rape culture’ allegations sweeping schools.”
Anita Singh, The Telegraph

“It was artfully written, setting out clues like details in the background of a picture. Katherine’s Parkinson’s comic talent shone through the dialogue, too, with wordplay and puns that ensured the performances never became morose.”
Christopher Stevens, Daily Mail

“Whether some of the show’s more tasteless instincts will seem at odds with the presence of the continuing, very real Covid crisis will be a personal opinion, but I felt that it slotted in just fine. Grey’s Anatomy is melodramatic, but it always has been, and I have been drawn right back into the madhouse on fire.”
Rebecca Nicholson, The Guardian