The Durrells; Line of Duty; Race Across The World

“Expertly packaged, it manages to yoke yearning romance to capering slapstick while folding in big thoughts about fascism and even female emancipation” 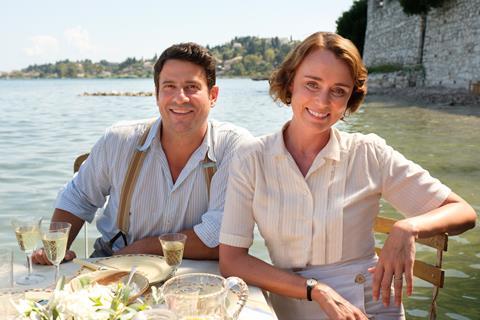 “Writer Simon Nye has done it again – expanded skillfully on the books while retaining their elegiac yet earthy tone. The resulting blend of character comedy and pathos is as warm and relaxing as a Greek sunset.”
Jeff Robson, The i

“What we continue to get in spades from Simon Nye’s gentle, stylish adaptation of Gerald Durrell’s Corfu trilogy, now entering its fourth and final series, is more of the same. It’s like returning to the same villa year after year. Keeley Hawes’s Mrs Durrell is up there with the great small-screen mothers: clever, droll, warm, loving, sexy, tenacious, unravelling and thoroughly unappreciated.”
Chitra Ramaswamy, The Guardian

“The opening episode introduced a political terrorist and a sinister police martinet, but played it all for farcical laughs. The only new development was the insertion of Miles Jupp as a permanent cast member – paying guest Basil, the defrocked solicitor from Dorset, whose manners are even grosser than his appetite.”
Christopher Stevens, Daily Mail

“This is indeed a kind, Pollyannish entertainment which tries to think well of its protagonists, even the buffoonish cousin Basil. Expertly packaged, it manages to yoke yearning romance to capering slapstick while folding in big thoughts about fascism and even female emancipation.”
Gerard O’Donovan, The Telegraph

“Behind the Corfu sunshine, sea, smut-free capers and Keeley Hawes’ high-waisted trousers lies melancholy. I’m not sure I like it. It’s all falling apart and this is not the deal with The Durrells. The deal is that it offers safe, life-affirming escapism, even though the plots are tissue-light and the Greeks good-mannered enough to speak English while the Durrells don’t bother speaking Greek at all.”
Carol Midgley, The Times

“I love Line of Duty — Lord, I am a believer — but this series is heavily reliant on the superb, furious energy of Stephen Graham who out-acts everyone in sight. Meanwhile, they are really dialling up the ‘Ted Hastings looking guilty as sin’ moments. That surely means he’s innocent, but it could be a double bluff.”
Carol Midgley, The Times

“Having survived the first episode, unlike some previous guest artists, it’s now apparent why Stephen Graham signed up to play John Corbett. He compacted enough different emotions into one hour for a Hollywood showreel: wrathful vigilante, heartsick parent, cocksure druglord, hunted prey. What a performance.”
Jasper Rees, The Telegraph

“There are times when Line Of Duty is not so much a police thriller, more a can of alphabetti spaghetti upended on toast. My advice is, don’t believe anyone who claims to know what’s going on. All I can be sure of is that it’s a BAFTA — Brilliant Acting, Forget The Acronyms.”
Christopher Stevens, Daily Mail

“The phrase ‘life-changing’ gets bandied about on such programmes, but here it truly applied. Race Across the World reminded me of Channel 4’s Hunted or the early days of reality TV, when contestants took part for the challenge and experience, rather than to parlay their 15 minutes of fame into Instagram likes and slimming drink endorsement deals.”
Michael Hogan, The Telegraph