THURSDAY: The return of The Fall dented the audience for ITV’s crime drama Paranoid by over 1m. 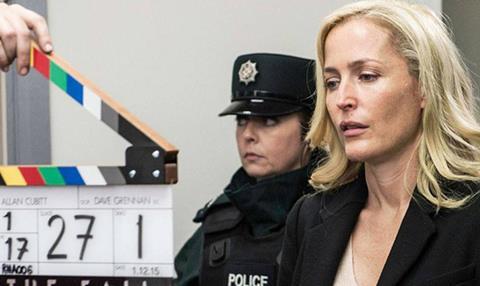 The third series of Artists Studio’s six-parter launched on par with the second series opener in November 2014. However it was unable to match the 3.5m (15.4%) who tuned in to the debut in May 2013.

The episode remained a million ahead of the channel’s slot average of 1.5m (7.5%) for the past 12 months.

On Channel 4, the second part of Shine TV’s castaway reality series Hunted stayed steady with 1.6m (8%), according to Barb data supplied by overnights.tv.

The chat show slipped to a series low, below the slot average of 71,000 (0.4%), for its fifth episode which featured Kirsty Young.