The Family Farm; Making of a Militant

“There was plenty of fun to be had from last night’s episode, as well as informative insights into the state of the farming industry and even the occasional moral crisis.” 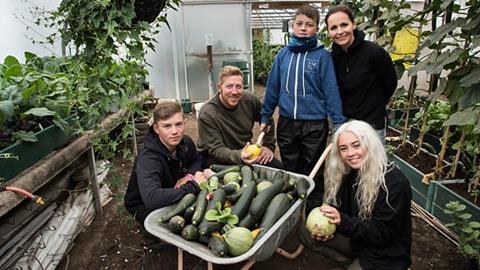 “The Family Farm is a solid, entertaining investigation of life on a sheep farm in Snowdonia, albeit one that still expects that the average Briton knows nothing about working the land.”
Christopher Stevens, Daily Mail

“The idea that city lives are inherently less fulfilling, perhaps even less worthy, than countryside lives is a common and somewhat troubling one – and The Family Farm fell into this narrative unquestioningly. Still, there was plenty of fun to be had from last night’s episode, as well as informative insights into the state of the farming industry and even the occasional moral crisis.”
Alexandra Pollard, The Telegraph

“The Family Farm sounds like yet another of those back-to-basics programmes in which we briefly escape the school run/work commute/kill-me-now rat race by watching others escape it in their weekend fleeces. Yet there was one piece of grit in the oyster that saved it from being the same old, same old: Sarah and her daughter, Amber. Neither eats meat and once you had got over wondering why the hell they were on a farm that sends animals to slaughter you realised that they were providing the only interesting narrative.”
Carol Midgley, The Times

“To cover nearly 70 years in 30 minutes – complete with ample political and social context – is a nigh-on impossible task, and Making of a Militant zipped through moments of Pankhurst’s life that might easily have warranted their own episode. But as an earnestly presented sprint through her legacy, complete with a poignant reminder that the fight for gender equality is ongoing, it scratched the surface well.”
Alexandra Pollard, The Telegraph

“It isn’t often that an art documentary feels like a riot, but Rebel Women: The Great Art Fightback manages to convey a real sense of anarchic joy. It offers an education in the explosion of feminist art in the 1970s, at a time when female artists produced boundary-busting work that still feels radical, and certainly revolutionary.”
Rebecca Nicholson, The Guardian