“Too much excrement, not enough excellence” 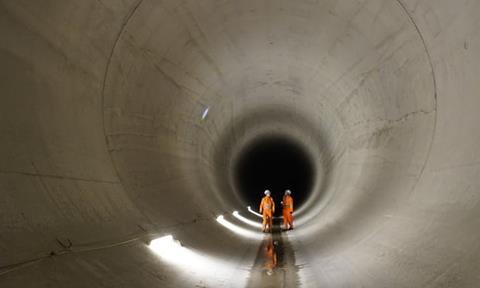 “This impressive feat of civil engineering simply didn’t translate onto the screen. Too much grey concrete, too many shots of the sludgy-brown Thames. It belonged on a niche cable channel rather than primetime BBC2. Too much excrement, not enough excellence.”
Michael Hogan, The Telegraph

“I do enjoy a good TV engineering project. The slight problem with this one is that most of it is going on underground, which makes it tricky from a visual point of view. One hole looks very much like another and it doesn’t matter how long or deep or hard it is to dig. I’m not saying that tunneling is boring; just that it may not be the greatest spectator sport.”
Sam Wollaston, The Guardian

“The first episode was, to me at least, a rather constipated hour. Still, like all these kinds of engineering docs, it did succeed in making you feel deep respect for the people who move mountains to make these projects happen — by plumbing the most malodorous depths.”
James Jackson, The Times

“Halfway into the first hour, I struggled to understand why this was a three-part series or who could want to see a sewer being built in so much detail.”
Matt Baylis, Daily Express

“By switching from highbrow to populist, cult to classic amid many wonderful clips, Kermode offered a thesis that was never less than entertaining, even if at times he threatened to suddenly regurgitate a screenwriter’s manual. The explanation of the rom-com’s connections with musicals felt particularly shrewd.”
James Jackson, The Times

“An hour of Kermode’s first chosen genre, rom-coms, could have been sneering or could have been a lofty essay on the clever screwball comedies of the 1930s that ignored everything else. Instead, it was a wide-ranging safari, showing us how such unlikely beasts as The Fly and Superman were rom-com classics and reminding us how very clever you have to be to make a good one.”
Matt Baylis, Daily Express

“This film might have been visually drab – all screen shots, talking heads and pixellated hidden camera work – but this was incisive, valuable documentary-making. For Mark Zuckerberg and co, it won’t have made comfortable viewing.”
Michael Hogan, The Telegraph