The Flu That Killed 50 Million; Queen of the World; Stacey Dooley

“In a grand tradition of drama-docs about terrifying contagions, this account of the 1918 Spanish flu was not for the faint-hearted” 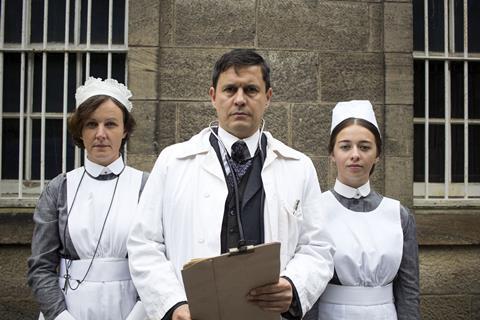 The Flu That Killed 50 Million, BBC2

“In a grand tradition of drama-docs about terrifying contagions, this account of the 1918 Spanish flu was not for the faint-hearted. The dramatised scenes felt just that, but they kept your attention locked in on the sombre spread of mass death and certainly brought home the awfulness of a pandemic that killed ten times as many as the First World War.”
James Jackson, The Times

“Much of the programme relied on reconstructions, with actors reading from diaries and letters of the time. Often this was powerful and moving. But the hospital scenes were a sight too graphic. Spanish flu killed by liquefying the lungs.”
Christopher Stevens, Daily Mail

“The suggestion was that we could learn from history rather than repeat it. It was a premise that didn’t really stack up. What the 1918 catastrophe had to teach us about incidence, transmission, precaution and so on has long been absorbed.”
Lucy Mangan, The Guardian

Queen of the World, ITV

“Part one felt a bit too delighted to have some footage of Meghan Markle in her new role. As gentle music sighed away, we spent an age watching her have ‘a very special reunion’ with her wedding dress. Perhaps OK! readers will have passed out at the sheer bliss of this, but others might have hoped to instead hear more about the Queen’s influence in tricky diplomatic matters or why the Commonwealth has grown from eight countries (when she was crowned) to 53.”
James Jackson, The Times

“If there was a flaw, it was that the film-makers didn’t seem to know what do with all the material. The idea was presumably to convey the sheer scale and diversity of the Commonwealth and of the challenges the Queen faced at its head. Yet the producers pinged so frenetically from interviewee to interviewee that they fell short of a coherent portrait of HRH on the world stage. The Queen of the World ultimately had little new or insightful to communicate about Elizabeth as a global figure.”
Ed Power, The Telegraph

“Stacey didn’t patronise these people by pretending she believed their apocalyptic ravings, about how government agents plan to turn Walmart stores into concentration camps. But she didn’t mock them either. If you hadn’t heard of her before Strictly, this documentary showcased her skills as an interviewer, not to mention her courage.”
Christopher Stevens, Daily Mail