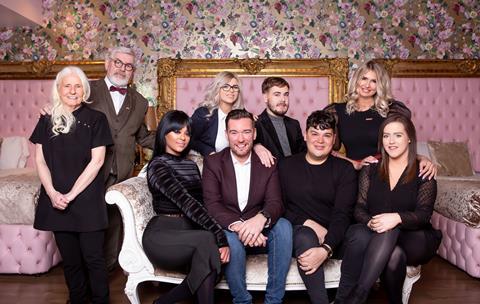 “Despite new general manager Lyndon Barrett-Scott’s feather ruffling, this was escapist fluff, albeit vexing viewing for anyone craving a return to normality.”
Joe Clay, The Times

“This docusoap about Liverpool’s Shankly Hotel was enough to induce a migraine and a morbid fear of organised fun. There was something strangely dated about this grubby documentary. The salacious tone recalled those tacky series about Ibiza club reps. This often had a similar point-at-the-proles feel.”
Michael Hogan, The Telegraph

“If this were a Channel 4 show, the film-makers would be wallowing in the monumental tackiness of it all. But it’s the BBC, and Auntie was a little bewildered — horrified by how cheap and nasty it was, but afraid of appearing snobbish by saying so. The documentary was only comfortable when it focused on new general manager Lyndon, hired to sort out the hotel’s grim online reviews.”
Christopher Stevens, Daily Mail

“Zoo: An Extraordinary Year was a routine look behind the gates of the locked-down ZSL London and Whipsnade zoos. The pandemic loomed large, but we also saw the quirky side of zoo life (you don’t hire Stephen Fry as a narrator if it’s all doom and gloom), including jolly scenes as the elephants at Whipsnade tucked into a giant ice lolly made in a wheelie bin during the April heatwave.”
Joe Clay, The Times

“This charming film was lifted out of the ordinary by the unique nature of the circumstances it documented and the absorbing stories it told. Narration by Stephen Fry, though a tad twee at times, added an extra sheen of quality. It made me realise how much I’ve missed taking my children to see these majestic animals.”
Michael Hogan, The Telegraph

“One lovely shot saw the alpha male sea lion, Dominic, rearing up to clasp keeper Alex in his flippers, while she flung her arms around his neck. When zoo documentaries capture moments like this, they are amazing.”
Christopher Stevens, Daily Mail

“The tech giant has struck the motherlode with Tehran, an irresistibly tense conspiracy thriller from Moshe Zonder, one of the brightest talents in the new wave of Israeli drama. It’s claustrophobic stuff in which the titular mega-city comes alive as a noir-ish purgatory brimming with midnight rendezvous, brutal agents of the state and calculated flurries of violence. Zonder orchestras the tension masterfully, crafting a thriller as stylish as it is heart-stopping.”
Ed Power, The Telegraph

“I suspect that much of Sneakerheads’ appeal will depend on the level of the viewer’s own affection for Los Angeles, shopping and jokes about the suburbs. As Devin, Allen Maldonado carries the story well, but it is a little flimsy, particularly if this is not your world. For outsiders, it is all fairly niche and insular, but if you are a sneakerhead, this is custom-made for you.”
Rebecca Nicholson, The Guardian