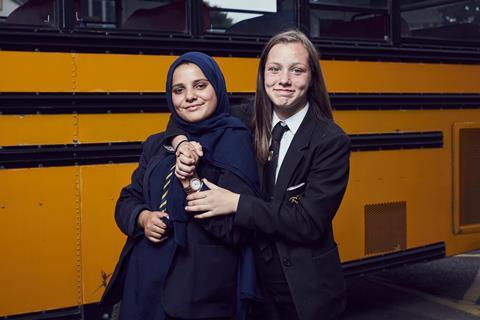 “As is almost always the case with even the most well-intentioned social-experiment programmes, the pace is dizzying and the results maddeningly superficial. The sense of the programme itself preaching to the choir is pervasive.”
Lucy Mangan, The Guardian

“The Great British School Swap was like a racist Kids Say the Funniest Things. Rather a risky kind of thing in this age of social media pile-ons, but you can’t knock it for shying away from reality.”
James Jackson, The Times

“This formulaic film was well-intentioned but lacked genuine insight or emotional heft. Neither pupils nor teachers were as engaging as you might find in, say, the Educating… series. A few participants learned a little, sure, but was this really worth three hours of prime time?”
Michael Hogan, The Telegraph

“To claim that Britain has ever been racially segregated, or that some kind of apartheid operates in the West Midlands, is as vicious as it is divisive and dishonest. The whole business was irresponsible, nasty-minded, cruel, pointless and shameful.”
Christopher Stevens, Daily Mail

“So far Dan Sefton’s thriller has a nice streak of dark humour and is creating a feverish feeling that there’s something a bit off about the hospital. This could be a more-than-decent thriller if it can keep us locked in his world of half-glimpsed fellow patients, clammy sickness and sinister suggestion.”
James Jackson, The Times

“The atmosphere was potent and pleasingly low key, the contained setting both necessarily claustrophobic and helpfully thrifty, and the sound design ominous and immersive. But the story itself, while tightly written and fairly absorbing, felt a bit thin and familiar.”
Gabriel Tate, The Telegraph

“Inevitably, a murder mystery starring a bedbound sleuth is going to be a bit static, but that wasn’t a problem for Michael Gambon in The Singing Detective. Sadly, there’s no classic big band soundtrack here, just a lot of ominous electronic music to accompany Jamie’s flashbacks and nightmares.”
Christopher Stevens, Daily Mail

“The premise of the first series of Trust Me was simple. Series two, set in a Glasgow hospital with a new cast of characters, is more sprawling, and less compelling for it, like a sort of aimless Scottish Agatha Christie.”
Barbara Speed, The i