TV Critics: The Knowledge; Reported Missing; Into the Wind

“It’s a documentary for a generation brought up on reality television: the style and the surface are all there, but the depth is missing.” 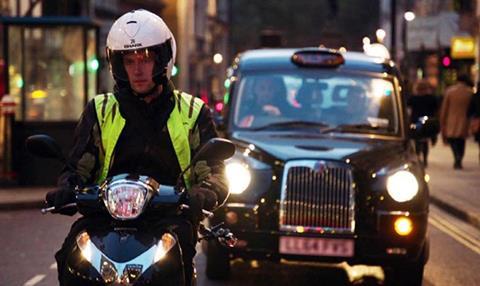 “Film-maker Hannah Lowes’ only insight seems to be that the candidates are nervous and that remembering things is hard. It’s a documentary for a generation brought up on reality television: the style and the surface are all there, but the depth is missing.”
Julia Raeside, The Guardian

“It’s difficult to conceive of a more basic documentary. Put it this way, the budget was so tight that, when the show ended with a taxi ride to Harrods, you can bet the producers didn’t tip their cabbie.”
Christopher Stevens, Daily Mail

“When we saw hopefuls cross the finish line, you felt positively weepy with feelgood emotion. For a cabbie! That has to be indication of a very well assembled, deftly edited film. Indeed, it was almost enough to make me delete Uber from my phone. Almost.”
James Jackson, The Times

“There will be those who say that this was a nice bit of propaganda for the beleaguered cabbies, but those of us who maintain a secret black cab habit found much to enjoy, from the delight on the face of those who passed to the interesting stats and the almost hypnotic tests themselves.”
Sarah Hughes, The i

“Reported Missing showed what can be achieved when film-makers have the patience to collect gut-wrenching material and the skill to edit it tightly. Not a second was wasted in the telling of two police hunts.”
Christopher Stevens, Daily Mail

“It was sensitively and carefully made – but the whole time I was watching I couldn’t help but think: why make it at all? This was a programme walking a fine line between important and voyeuristic.”
Sarah Hughes, The i

“The problem was that both cases involved children and while the families would have had to sign disclaimers to allow their problems to be aired, the two little ones at the centre of it all wouldn’t have had any real understanding of what was going on. I couldn’t help but feel that a certain amount of advantage was being taken here.”
Virginia Blackburn, Daily Express

Into the Wind, BBC4

“One of those idiosyncratic gems buried in the mud of the schedules. There was a kind of poetic contemplation you tend not to get from Chris Packham on Springwatch, articulating feelings we all experience while on such a long, lonely perambulation.”
James Jackson, The Times