The Masked Singer; Call the Midwife; The Trial of Christine Keeler

“The real trouble is that, if you don’t know who you’re rooting for, there’s no real jeopardy” 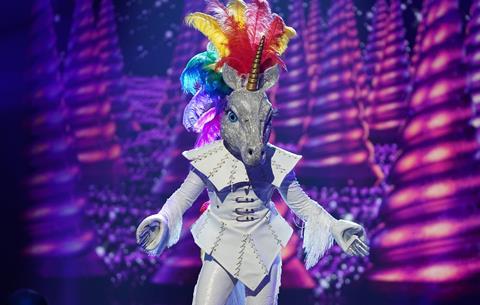 “The Masked Singer is a prerecorded unspectacular crushed at birth by its contrived premise. End-of-genre shows always grab fistfuls of concept from other programmes: the revolutionary twist in The Masked Singer is that the masks ruin everything. We are robbed of the chance to whoop as we witness, say, Moira Stuart hitting the high notes in Defying Gravity, or Sally Gunnell proving herself to be a tight rapper.”
Jack Seale, The Guardian

“The only conceivable way for it to work would be if extremely famous people were behind the mask. Harrison Ford. Vladimir Putin. Princess Anne. The judges threw out wildly ambitious guesses: was the duck Margot Robbie? And that chameleon was so sexy (they really said this), surely it could only be Idris Elba? In the end, the butterfly turned out to be Patsy Palmer, aka Bianca from EastEnders.”
Anita Singh, The Telegraph

“The Masked Singer has been billed as ‘TV’s most outrageous singing show’ but I found it repetitive and flat. ITV milked every opportunity to go to an ad break, which, rather than ratcheting up the tension, merely deflated it. The real trouble is that, if you don’t know who you’re rooting for, there’s no real jeopardy.”
Veronica Lee, The i

“The year is 1965 in Call the Midwife and we know this because Winston Churchill has just died. Some of the characters care deeply about Churchill’s death but the midwives of Nonnatus House don’t pay too much attention, because they know mention of Churchill’s death is just an establishing device by the writers to let us know that series nine is entering a new era.”
Anita Singh, The Telegraph

“This series is at its best when it ditches the jaunty, whimsical subplots and rides social issues hard. Last night offered a bulging wallet of them: poverty, homelessness, a baby dumped in a dustbin, wife-beating, a nasty diphtheria outbreak and only the slenderest light relief from Trixie’s new leg-shaver.”
Carol Midgley, The Times

“Call the Midwife has long found entertaining ways of mixing soap with science, human interest with a political message. The series nine opener about the nuns and midwives of Nonnatus House was no exception. Elsewhere, a whole slew of storylines were rushed through at an indecent pace.”
Veronica Lee, The i

“Though the storyline was slightly strained, this was Call the Midwife back to its tear-jerking best after a lacklustre Christmas special.”
Christopher Stevens, Daily Mail

“The Trial of Christine Keeler finally delivered the moment that assured John Profumo’s downfall. I’m still not convinced that we need another retelling of this old story, but you can’t knock the performances here. Oh, except for the appalling wig they put on Buffy Davis to play Barbara Castle.”
Carol Midgley, The Times